By Miranda Raye on October 28, 2020
Advertisement 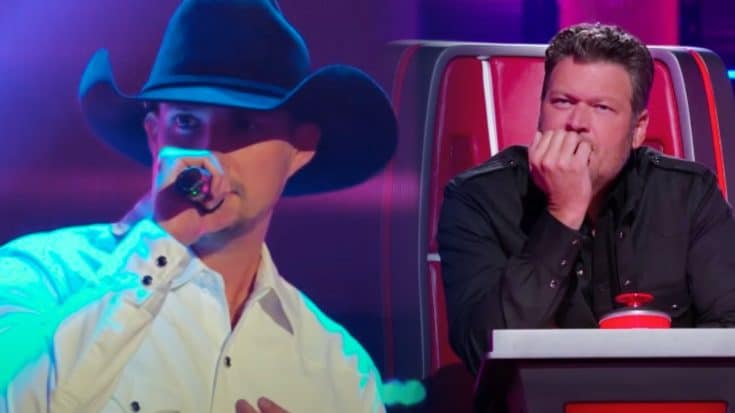 In January 2012, Dustin Lynch released his debut single, “Cowboys and Angels.” The song instantly put Lynch on the map, as it went on to claim the #2 slot on both the Country Airplay and Hot Country Songs chart.

“Cowboys and Angels” was also a crossover success, as it peaked at the #40 position on the all-genre Billboard Hot 100 chart.

At the end of 2012, the song ranked at the #4 spot on the year-end Billboard Country Songs chart. It has since been certified Platinum by the RIAA for the sale of over one million units.

A song as popular as “Cowboys and Angels” is going to earn its fair share of covers. Just hop on YouTube and you’ll find dozens up dozens of singers performing their takes on the song.

One cover was featured on the 19th season of The Voice, and resulted in the artist earning a three-chair turn.

28-year-old Tanner Gomes took a delicate approach as he delivered his cover of “Cowboys and Angels” for the Voice blind auditions. In his pre-performance package, he noted he is a sensitive guy, and that sensitivity came through as he sang.

The first coach who turned their chair for Gomes was Kelly Clarkson. For a while, it looked like she’d be the only one to turn around for him, but Gwen Stefani and John Legend eventually flipped their chairs as well.

Funny enough, Blake Shelton, the sole country singer on the panel, was the only coach who didn’t turn his chair. Still, he praised Gomes’ performance, telling him, “I think you’re a great singer.”

When it came down to it, Shelton decided not to turn around since he already had a few country singers on his team. “The best thing for you is to be on a team that has no other country artists,” he said.

Shelton has been on the show for all of its seasons, so you can trust he knows what he’s talking about.

After some serious consideration, Gomes decided to chose Clarkson as his coach! Tune in to the clip below to see the audition that earned him a coveted spot on Team Kelly.