By Jennifer Pernicano on October 25, 2019
Advertisement 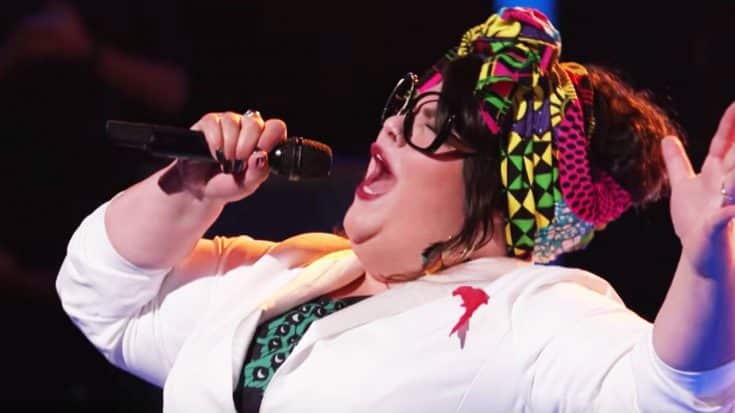 In 1967, singer Emma Franklin released a romantic funky/soul song called “Piece Of My Heart.” One year later, Big Brother and the Holding Company  released their version, featuring Janis Joplin on lead vocals. They made it a huge hit.

In 1994, Faith Hill released a country-pop version and took it to the top of the charts. It was included on her 1993 debut album, Take Me as I Am, as well as her 2001 greatest hits album There You’ll Be.

Many other artists have covered “Piece Of My Heart, including Katie Kadan on Season 17 of The Voice. Kadan kicked off her Voice run with a cover of Aretha Franklin’s “Baby I Love You,” which got her a four-chair turn, with one of the coaches using their block on Kelly Clarkson. She eventually chose to join John Legend’s team, where she beat teammate Destiny Rayne in their Battle Round with “Tiny Dancer.”

During the Knockout Rounds, Kadan sang “Piece Of My Heart,” but gave it a unique twist. Her powerful soulful voice made both Clarkson and Legend stand up for most of her performance.

Kadan got third place at the end of the season, only best by runner up Ricky Duran and winner Jake Hoot.

Watch her performance of “Piece Of My Heart” below.