By Miranda Raye on November 26, 2019
Advertisement 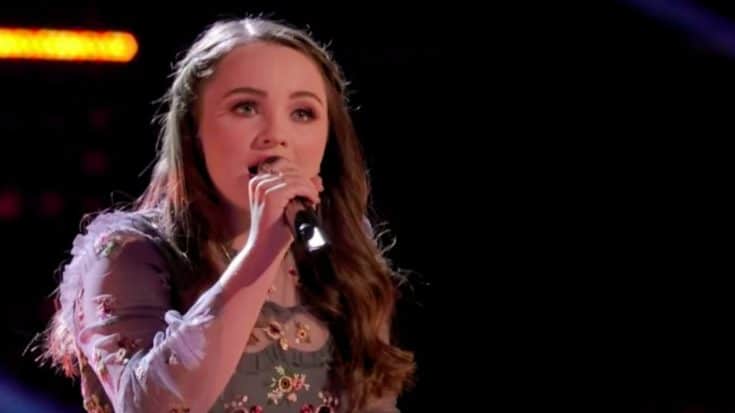 Season 17 Voice viewers got to directly influence the show when they were given the chance to choose the songs performed by the Top 11 contestants as they eyed a spot in the Top 10. After the requests were tallied, it was decided that Team Blake standout Kat Hammock would perform the hymn “I’ll Fly Away.”

“I’ll Fly Away” was written in 1929 by Albert E. Brumley. The song has since been recorded numerous times, with artists of all genres offering up their own renditions.

Country artists are particularly fond of the song. There are versions by George Jones, Alan Jackson, and Alison Krauss, just to name a few.

Krauss’ rendition (which was recorded with Gillian Welch) was famously featured in the 2000 movie, O Brother, Where Art Thou?

It was Krauss’ recording that Voice viewers likely had in mind when they selected “I’ll Fly Away” for Hammock to perform. Like Krauss, she has a light, airy voice that is enchanting to listen to.

Hammock started off her performance singing softly, then let her voice grow in power as the song continued. By the time her performance came to an end, her coach Blake Shelton was on his feet.

Viewers also approved of the 18-year-old’s performance. Hammock’s rendition of “I’ll Fly Away” was praised by many fans on social media.

Here are a few fans’ reactions to her performance.

kat hammock is definitely one of my top three favorites #TheVoice

It seems the viewers knew what they were doing when they picked “I’ll Fly Away” for Hammock to sing. You can catch her performance in the video below.

Which other songs would be a good fit for Hammock’s voice? She has such a unique sound!