“Voice” Winner Asks For Help After Theft Of Band’s Trailer 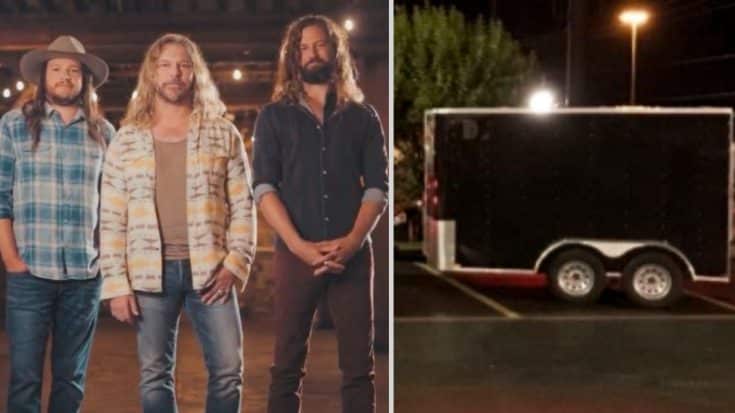 A country music trio is asking for their fans’ help following the theft of their trailer.

Texas Hill is a trio comprised of members Craig Wayne Boyd, Adam Wakefield, and Casey James. The three singers are all alums of singing competition shows. Boyd won Season 7 of The Voice, Wakefield was the runner-up of Season 10 of The Voice, and James placed third on the ninth season of American Idol.

Boyd, Wakefield, and James formed Texas Hill in 2020, and they have quickly developed a devoted fan base.

Unfortunately, the trio recently experienced a bit of a setback when their trailer was stolen from a Nashville neighborhood.

Boyd took to Facebook to share the news that Texas Hill’s trailer containing their equipment and merchandise was stolen on Tuesday (July 20). He says the trailer was taken from the Sylvan Park area.

His post went into detail about all of the items in the stolen trailer:

“We had our drum vaults, our guitar vault, our Behringer in Ear rack with three Shure IEMs and all of our Audio-Technica USA microphones to Mike Drums, and all of our vocal mics. a few guitars, ALL our Merch… I’m still trying to put together the list but I will add to this post later…“

Boyd included photos of the trailer in his post, and described it as “...a 12 foot, Carry-on Trailer, Inc. trailer with a double axle, black…” He asked his and Texas Hill’s fans to please let them know if anyone sees the trailer “running around town right now.”

Read Boyd’s post about Texas Hill’s stolen trailer below. We hope they’re able to get it back along with all of their equipment and merchandise!