By Miranda Raye on January 14, 2020
Advertisement 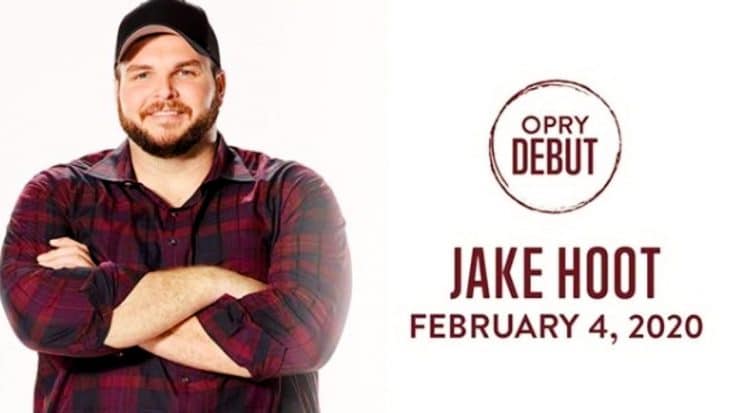 Just months ago, Jake Hoot was trying to make a name for himself by singing cover songs to his daughter while she took a bath. He’d film himself singing, then post the videos on social media in the hopes they’d take off.

Now, Hoot is the reigning winner of The Voice and was recently invited to make his debut at the Grand Ole Opry.

Dailey & Vincent‘s Jamie Dailey, who is a member of the Opry, was the one who invited Hoot to perform on the famous stage. He surprised the Voice champ with the invitation in the middle of a live radio interview.

“On behalf of us all, we would like to extend an invitation to you to come and sing and play on the stage at the Grand Ole Opry. Would you do that for us?” Dailey asked.

Hoot’s initial response was to start crying. Once he gained his composure, he thanked Dailey and expressed how much the invitation meant to him.

“I can’t thank you enough. I just, I’ve always said that’s the…if I could play that stage I’d be…you know…I could die happy,” he said.

Now, we know when we’ll get to see Hoot play on country music’s most iconic stage.

On Monday (January 13), Hoot announced on social media that he will make his Opry debut on February 4.

“My dream about playing the Grand Ole Opry is becoming a reality!! I cant thank everyone enough who made this possible!” he wrote alongside a picture promoting his Opry debut.

February 4th!! My dream about playing the Grand Ole Opry is becoming a reality!! I cant thank everyone enough who made this possible! Go get your tickets now!! Love yall! @opry @jamie_dailey @c2mediapr #grandoleopry #jakehoot

The Opry also shared the news of Hoot’s debut show on its social channels.

“You may recognize @jake.hoot.music as the most recent winner of @nbcthevoice, and he’s making his way to our stage for his #OpryDebut on February 4!” read the Opry’s post. They also attached part of the video that shows Dailey inviting Hoot to sing at the Opry.

You may recognize @jake.hoot.music as the most recent winner of @nbcthevoice, and he's making his way to our stage for his #OpryDebut on February 4! Special thanks to #OpryMember Jamie Dailey of @officialdaileyvincent for doing the honors at @947thecountrygiant!

Head below to watch the full video of Dailey surprising Hoot with an invite to sing at the Opry.

A huge congratulations to Hoot on this accomplishment! We can’t wait to see how his first Opry show goes!