7 Facts All About Beer 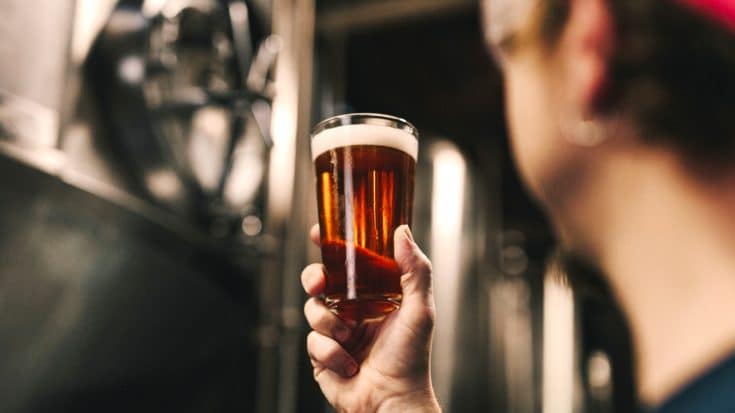 Next time you’re at the bar, wow your friends with one of these little-known facts about your favorite carbonated way to kick back and relax. Trivia and beer often go hand-in-hand, so why not serve up a full pint of beer-themed trivia?

1) The oldest recipe for beer hailed from Mesopotamia – and is over 4,000 years old.

2) Women were actually the first brewers!

While some people think of brewing beer as a man’s game today, women with elite backgrounds were the ones who got it all started back in Babylonia.

Yep, it's true. The Mesopotamians seemed to do everything first, including penning down (well, carving up) the first recorded recipe. This recipe just so happened to be for BEER because priorities matter. In fact, one of the most recurrent symbols in Cuneiform- the earliest known written language- is the pictograph for beer. #HopWisdom #FullCircleBrewingco #Beerfacts #facts #history #Mesopotamia #ancientsumarians #beertablet #beerrecipe #beerhistory #homebrewer #ancienttablet #craft #Beertainment #brewery #fresno #welovebeer #centralcalifornia #downtownfresno #beertainment #welovefresno #beerlover #craftbeer #beerstagram #Fullcirclebrewing #history #sumarian #prettycool

A post shared by Full Circle Brewing Company (@fullcirclebrewingco) on May 27, 2018 at 6:54pm PDT

3) Beer used to be consumed hot, like tea. In the 1600s, experts even advised people to replace meals with hot beer as a healthy alternative to food.

4) Sunlight is bad for beer.

Ever wonder why beer is packaged in dark-colored glass? Exposure to light speeds up the breakdown of beer, and dark glass keeps it safe.

5) In the Czech Republic, beer baths are a popular option for tourists – the experience is said to be great for the skin.

6) Beer was once used as currency!

This was the case for the pyramid workers of ancient Egypt, who were paid in beer.

Never wanted to be a part of the statistic so much.

7) Ever think about majoring in beer?

That’s a thing. Zythology is the study of beer and beer making, and Colorado State University allows students to major in it.

Who knew there was so much to the world’s most popular beverage!?

Check out the video below with even more fun facts about beer.