Cody Johnson Impressed By Little Cowboy Ropin’ To His Song 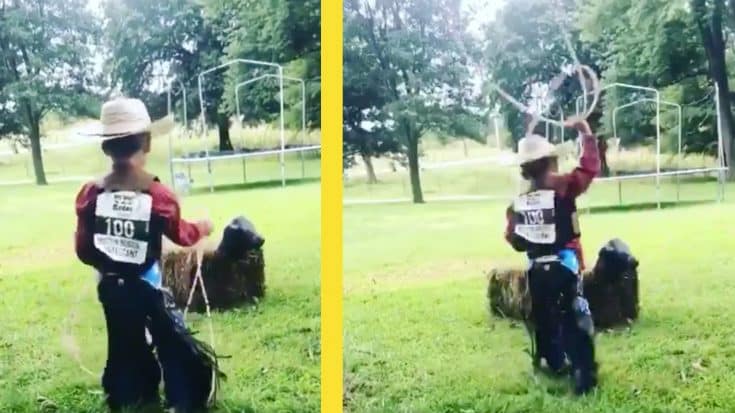 In today’s day and age of social media, celebrities are more accessible than ever. Many singers and actors love the ability to connect directly with their fans, without having to worry about a spin from the media.

Country music sensation Cody Johnson is known for sharing his love for his fans, and he was thrilled to put a video on his social media from devoted fan Brandy Packard.

Packard sent Johnson a cute, short video of a five-year-old boy shaking his groove thang and roping a pretend cow in the backyard – all while rocking out to Johnson’s smash hit “Dance Her Home.”

This cowboy in training is practicing his roping skills AND his dance moves! San Antonio I’ll see you tonight for the @SanAntonioRodeo ?: Brandy Packard pic.twitter.com/vX1PdiDSCx

Johnson posted the adorable little future rodeo star just before he performed a San Antonio concert, but there’s no word as to whether the little cowboy was able to make it out to see his favorite country music singer and songwriter perform.

Johnson has been known for connecting with all of his fans, and it seems that the littlest country music lovers hold a special place in his heart. Check out this video of him giving a six-year-old concertgoer a pep talk about following her dreams that will stick with her for a lifetime.