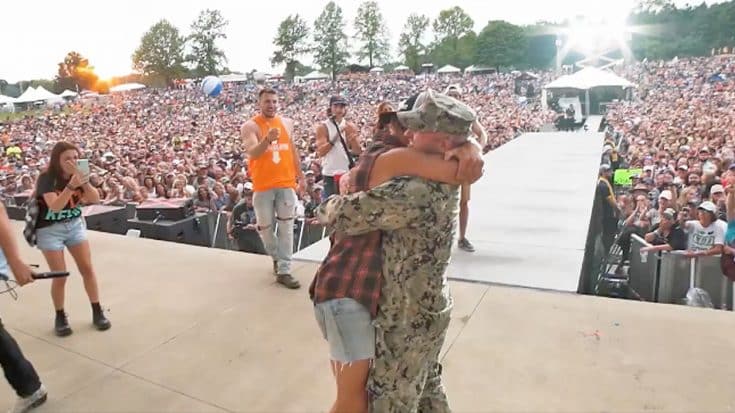 During a recent concert, country singer HARDY surprised a military family with a reunion that’ll give you all the feels. The moments leading up to the surprise as well as the reveal were all filmed and posted to Instagram.

The video starts with HARDY explaining that the soldier whose name is Richard Kelly, has been overseas for 400 days and that his family was led to believe they were just being honored as a military family.

“We made his family think that they’ve won like a VIP thing where they get to hang out backstage,” HARDY said in the Instagram clip. “But little do they know, at the end of ’Give Heaven Some Hell,’ I’m gonna give a little speech about our military, and that we’re honoring this family. I’m gonna have them walk out to the front and wave to everybody…and then we’re gonna sneak him out and surprise them onstage and it’s gonna be awesome. I’ve never been more nervous in my life to do anything.”

The video then cuts to HARDY on stage inviting the family to step forward in front of the crowd of thousands in attendance. It then cuts to Kelly walking up behind them and captures the incredible moment his family realizes he’s returned.

Watch the heartwarming video below.