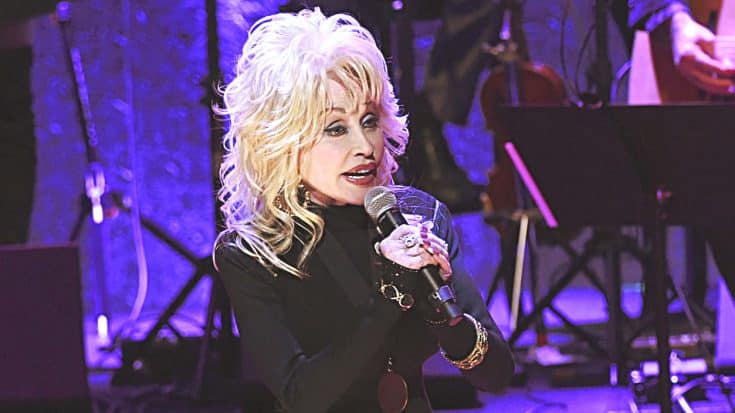 Dolly Parton has always had a reputation as one of country music’s most compassionate artists. It’s a reputation she’s earned due to her many charitable efforts, especially when it comes to her Imagination Library.

The program, which Parton founded, provides free books to children all around the world. Children clearly hold a special place in Parton’s heart, which is why many of her charitable efforts involve them.

In 2018, Parton donated $1 million to Vanderbilt Children’s Hospital. The reason why she picked that particular hospital is because it was the same hospital where her niece, Hannah Dennison, underwent cancer treatments as a child.

Today, Dennison is a healthy woman. She was able to be by her aunt’s side as the hospital’s second floor butterfly garden was dedicated in her honor. It is now the Hannah Dennison Butterfly Garden.

Parton said a few words at a brief ceremony to celebrate the dedication of the butterfly garden. She spoke of how happy she was to have her niece there with her, saying, “Hannah now stands here as our chemo hero. She shows that miracles do happen with good care, great doctors and great nurses.”

The ceremony was witnessed by a small group of children who are also current patients at the hospital. Once Parton finished speaking, the children got the chance to ask her a few questions.

As you would expect, the questions the children had to ask were quite random and off the wall. For example, one child wanted to know how Parton and her family celebrates birthdays. Her response? They “get together and cook a bunch of stuff.”

Another child got a little bit more personal with their question. They wanted to know…which movie makes Parton cry?

If you know anything about Parton, you shouldn’t be surprised by her answer. She thought of the movie right away, and it turns out it’s one she actually starred in!

“Steel Magnolias,” she said, naming the 1989 film in which she played the character Truvy Jones. If you’ve seen the movie, and we’re sure you have, you know exactly why it makes Parton cry.

If you haven’t seen the movie, we won’t spoil it for you. But before you watch it, be warned that you need to keep a box of tissues next to you at all times.

Knowing what we know about Steel Magnolias, we can’t blame Parton for getting choked up over it when she watches it! You can watch Parton act in one of the movie’s more emotional scenes in the clip below.

Those of you who have seen Steel Magnolias, is it a film that makes you cry as well? It always gets to us!