By Miranda Raye on February 17, 2019
Advertisement 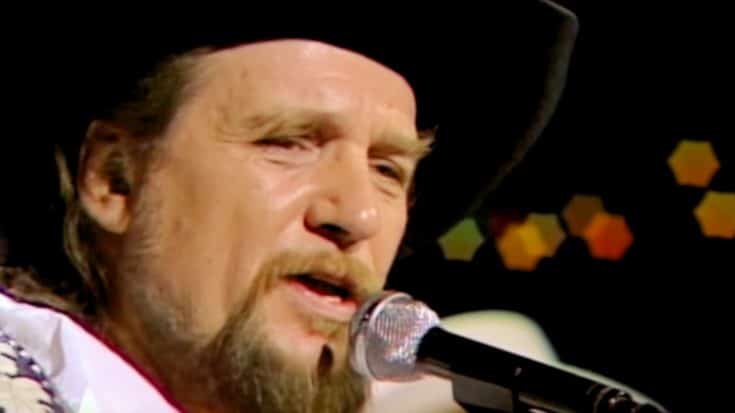 Usually everything on a late night talk show runs like clockwork. The host comes out and delivers a comical or informative monologue. In some cases, the host may even perform a short skit or sing a song.

The rest of the hour-long show is packed full of interviews with celebrity guests, who usually have a new project to plug, hence the reason for their visit. If one of the guests is a singer, it’s likely they’ll be given the chance to perform one of their songs later in the broadcast.

Once the hour is up, the credits roll, and the next late night show airs. Then the host comes back and repeats the whole process the next day with a new batch of celebrity guests. It’s a smooth process that is rarely disrupted.

But it has been disrupted before, and quite famously too.

The year was 1998. Country music was thriving, as artists such as Alan Jackson, Brooks & Dunn, and Garth Brooks drew in massive crowds and had records flying off the shelves.

While all the newer artists were experiencing immense popularity, the genre’s greatest legends took a bit of a back seat. But they were never ignored, as their voices were the ones that inspired the 90s stars to chase their own country music dreams.

13 years prior, four of country music’s most iconic singers joined together to form a supergroup. In doing so, they all experienced a boost in their careers an addition to their legacies.

Those four artists were Willie Nelson, Kris Kristofferson, Johnny Cash, and Waylon Jennings, and they formed the Highwaymen.

The four outlaw icons performed together for a decade, before finally ending their run in 1995. But their time spent in the Highwaymen gave their careers a boost that lasted for years after they went their separate ways.

That’s the state the Jennings was in by the time 1998 rolled around. The album he released that year, Closing in on the Fire, wasn’t as successful as past records, but it still charted, and in fact, was his last one to do so while he was still living.

To promote his album, Jennings was scheduled to make an appearance on the Late Late Show, then hosted by Tom Synder.

He already wasn’t happy about doing the show, but became even more aggravated when he discovered he wasn’t going to be the only guest. He had wanted the entire hour-long broadcast to himself.

But he didn’t get his wish, and had to share the show with another guest, talk radio host Dr. Laura. She went out in front of the cameras first, leaving a fuming Jennings backstage as he waited for his time on set.

So you can imagine how furious Jennings was when Dr. Laura’s segment started to run over and cut into his own. Not pleased to have even less time on the show than he had hoped, Jennings decided he wouldn’t make an appearance at all.

Instead, he stormed away without ever stepping out in front of the cameras, and left in a car with his wife, fellow country singer Jessi Colter.

By the time Synder was finished chatting with Dr. Laura, he was stunned to hear that Jennings had left him high and dry. He had 18 minutes of air time to fill, and had no idea what to do.

Clearly flustered, Synder said in shock, “I have never had anybody leave before they came on.”

But that’s exactly what Jennings did, and in doing so, he created what has since been hailed as one of the most “outlaw” moments in country music history.

Did You Watch This When It Happened?

Jennings was never one to back down, or let other people walk all over him. By refusing to step on the set of Synder’s show after he felt he was wronged, he stood up for himself and made a pretty powerful statement in the process.

There is no footage of Jennings leaving the show, since he was backstage when he stormed away. But there is still a clip that shows a shocked Synder trying to figure out how to keep things going after learning that Jennings left. You can watch that moment below.

Keep in mind, this all happened on live TV, hence Synder’s panicked response.

Did you get the chance to watch this iconic outlaw moment go down when it happened? We’d love to hear what you thought about it then if so!