By Jennifer Pernicano on February 7, 2020
Advertisement 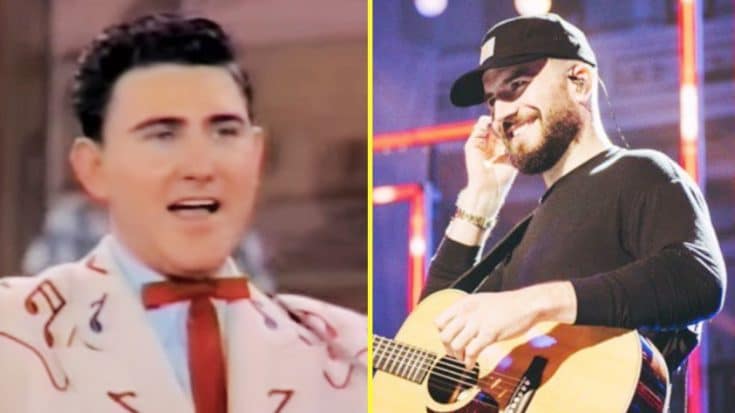 Hunt emerged on the scene when he dropped his debut album, Montevallo, in 2014. The album went number one and sold almost 1.3 million copies, making it 3x Platinum. Fans were waiting for a follow up album, but it took him six years to get it done.

“Body Like A Backroad” was released as a single in 2017, which was supposed to be off an upcoming album, though it never came. He released “Downtown’s Dead” the next year and even went on a headlining tour after that.

Still, there was no word of when a new album would be coming, just that it was going to be more “traditional” sounding than his genre-bending debut. Then, on October 11, 2019 he dropped another single off his then-untitled sophomore project. The single, titled “Kinfolks,” has been climbing the charts and is currently sitting at number four and number six on the Country Airplay and Hot Country Songs charts, respectively.

He dropped another track off the album, “Sinning With You,” though not as a single and on January 29, he confirmed he had finished his album.

I finished up a new record this weekend and got together with the guys yesterday to start learning new songs!

About a week later, he made the official announcement about his second studio album.

“New album SOUTHSIDE, out April 3,” he captioned the post.

So far, he’s dropped four songs off Southside and on Friday (Feb 7), he released one more. This one is titled “Hard To Forget.”

Classic country fans will notice that the new song opens with a familiar tune from the 1950s, Webb Pierce’s “There Stands The Glass.”

“Hard To Forget” begins with Pierce singing his 1956 number one song a cappella. About 16 seconds in, the song gets remixed with a beat and then Hunt comes in. “Hard To Forget” was written by Sam Hunt, Luke Laird, Shane McAnally, Josh Osborne, Ashley Gorley, Audrey Greisham, Russ Hull, and Mary Jean Shurtz.

Take a listen to it below.