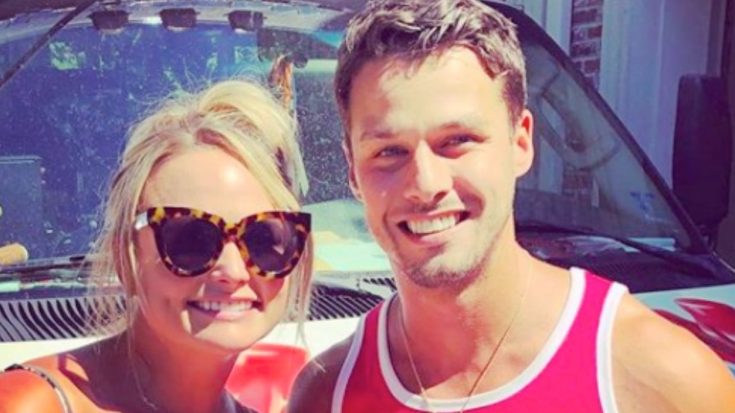 But Miranda Lambert and her husband, Brendan McLoughlin, have been doing well during this time.

Miranda spoke with Taste of Country Nights about her experiences this year, and how she and Brendan have dealt with her being home all the time when she was previously used to life on the road.

She mentioned how the two found joy in the simple things, like the routine of cooking and then cleaning up the mess.

The couple also helped pass the time by taking off on road trips in their new Airstream trailer they dubbed “The Sheriff.” They purchased the trailer in the spring and took it on an adventure to the East Coast.

“We went through Pigeon Forge, up through Virginia, which is so beautiful, and stopped in Pennsylvania at a really cool KOA in Hershey,” Miranda said, “and then we went on to see family and my stepson and camped our way back down but went a different route.”

Miranda and Brendan hope to go on another road trip this fall after Miranda tends to some commitments she signed up for in September. And where will their next destination be? Potentially the California coast!

Even though this year is certainly an unusual one, Miranda believes she and Brendan have fared well through it all.

“We’re pretty much newlyweds since we’ve only been married a year-and-a-half...” Miranda said. She went on to mention how they’ve “made it” through this trying time, “so I think we’re golden,” she said.