What Did Luke Bryan Think Of Being On ‘American Idol’? He Tells All… 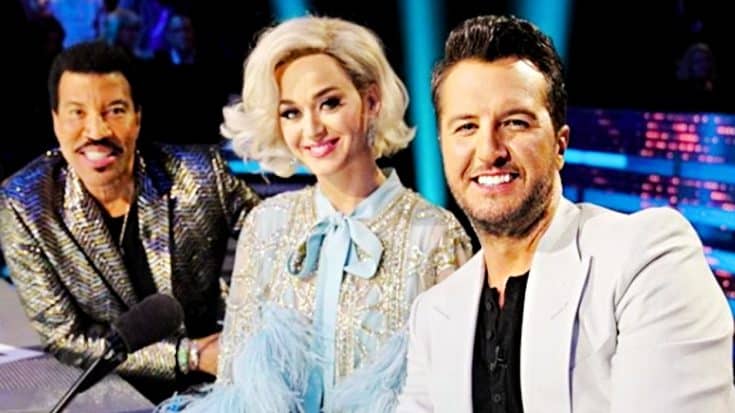 When the rebooted version of American Idol hit ABC this spring, the show toted a whole new lineup of judges. Katy Perry and Lionel Richie filled two of the chairs, while country music was represented by none other than superstar singer Luke Bryan.

As a former mentor for Blake Shelton‘s team on The Voice, Bryan already had a small taste of what it was like to work on reality singing competitions. While he knew he had the power to change the lives of the singers he judged, he likely had no clue they’d change his life in return.

Leading up to a show at Heinz Field in Pittsburgh, Pennsylvania, Bryan sat down to chat with the Pittsburgh Post-Gazette about all of the exciting things that have been happening in his life lately. Of course, one of those things has been American Idol.

The interviewer led into the Idol discussion by asking Bryan what he thought of Pittsburgh native and third-place finisher on the newly wrapped season of Idol, Gabby Barrett. He had nothing but nice things to say about the talented young singer.

However, Bryan acknowledged that Barrett is going to have a hard road ahead of her as she fights for people to keep listening to her voice. He feels that as long as she puts in the work, her talent will continue to shine.

“Now it’s up to her to get out there and seize the moment and work hard,” he said. “At the end of the day, to do all this requires a lot of focus and a lot of hard work, so as long as she’s willing to do the work, the sky’s the limit.”

What He Had To Learn

Typically, you think of contestants like Barrett as the ones whose lives change following their time on a show such as Idol. But as Bryan said during his interview, his time as a judge on Idol actually ended up changing his life as well.

So what could Bryan, a seasoned superstar, have to learn from a bunch of aspiring singers chasing their dreams? A lot more than you probably ever imagined.

As Bryan explained, seeing how hard the contestants worked had a profound influence on him both as a person and an artist. “Any time you’re watching people chase their dreams it’s pretty inspiring,” he said. “It inspired me in a lot of ways to continue working really hard on my music.”

Overall, Bryan says that his experience on Idol was a “blast,” and that he enjoyed working with Ritchie and Perry. He loved the whole experience so much that he’s already agreed to come back for the next season!

Until then, you can relive Bryan’s performances of “Most People Are Good” and “Sunrise, Sunburn, Sunset” with Barrett on the Idol finale in the clip below.