By Miranda Raye on August 10, 2021
Advertisement 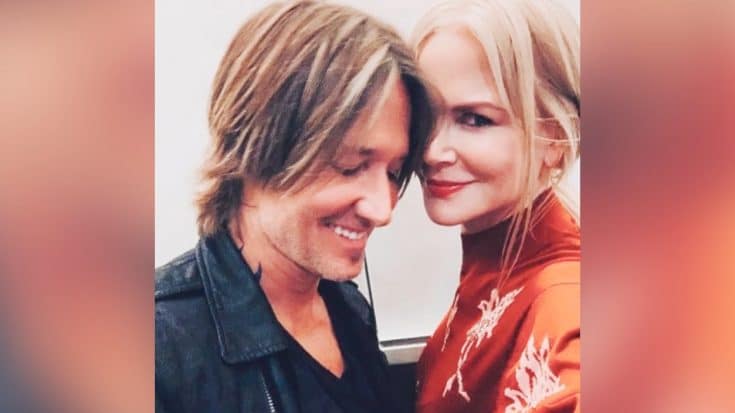 As an actress, Nicole Kidman often has to participate in intimate scenes with her co-stars. But is it ever awkward for her husband, Keith Urban, to watch her in those scenes?

Most people would think that Keith would be a little weirded out watching his wife get romantic with someone else on screen. But as Nicole explained in an interview with E! News‘ Daily Pop, Keith isn’t bothered by those scenes at all.

She said that since Keith is an artist himself, he is understanding of why Nicole has to film those scenes. “My husband is an artist, so he understands all of it, and he also does not get involved,” Nicole said.

Nicole went on to explain how Keith doesn’t look into any of her projects before they’re complete. He waits until he can see the finished product. So even if she does have an intimate scene or two in a script, he doesn’t know about it until he watches the movie or TV show.

“He sees the show at the very end when it’s a show, all edited together, and he’s fresh eyes,” Nicole said. “He doesn’t read any script, he really doesn’t know what’s going on on the set, he’s got his own career that he’s completely absorbed in.”

Nicole joked that because Keith waits until her work is finished before he tunes in, “He doesn’t know much about what [she’s] really doing.”

Check out the below video to hear Nicole talk more about what Keith thinks of the romantic scenes in her projects.