Why Did Jason & Brittany Aldean Having Another Baby So Soon? He Clears The Air… 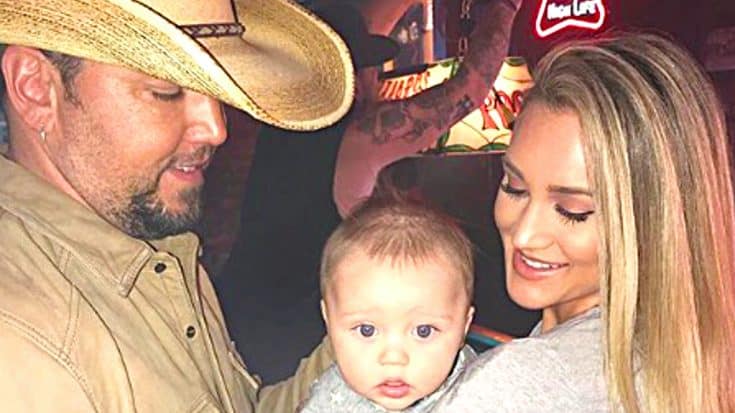 Back in April 2018, Jason Aldean‘s wife Brittany was a guest on the Babes and Babies podcast to talk all things pregnancy and babies. She and Jason’s first child together, Memphis, was born on December 1. But as Brittany explained on the podcast, they went through quite the struggle before he came into the world.

Brittany underwent in vitro fertilization to conceive Memphis, but after 18 months of struggling, learned she had endometriosis. After undergoing surgery for endometriosis, Brittany and Jason decided to give things one more shot.

“Memphis was our last (egg),” she said on the podcast. “So it was like, if this doesn’t work — I was considering a surrogate. We were thinking about all the options.”

After it was such a struggle for them to have Memphis, Jason and Brittany quickly started to think about when they would have their second child together. While she was speaking to Babes and Babies, Brittany hinted that baby #2 may come sooner rather than later.

It seems that’s the model the couple followed, because just a few months later in July, they announced that they were re already expecting their second child together! They made the announcement by dressing 7-month-old Memphis in an adorable onesie reading “big brother.”

Of course, people couldn’t help but wonder why Jason and Brittany decided to have another baby so soon. Jason finally decided to clear the air on that in an interview with People, making it obvious that baby #2 was completely planned:

Jason also shared what he and Brittany had to go through in order to conceive their second child. Just like with Memphis, they had to undergo in vitro fertilization.

Her second pregnancy was been an entirely different experience for Brittany. As Jason explained, “With my son, Brittany didn’t have any sickness at all, but with [this] baby she’s been pretty sick for the last few weeks.”

It’s clear that little Navy is the perfect addition to their family. She was born in February 2019.

Watch Jason and Brittany flaunt their love for one another in one of Jason’s music videos below.