By Manly Bryant on April 24, 2019
Advertisement 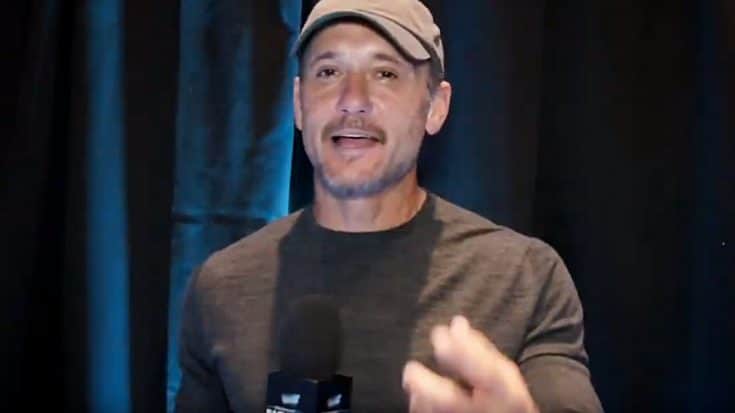 In a video unlike anything you’ve seen before, we watch country music superstar Tim McGraw beg a fellow musician for concert tickets – but why?

Rock legend Peter Frampton was on the receiving end of McGraw’s pleas, but his response wasn’t quite as warm as most people would expect. This all went down during a phone call that McGraw placed directly to Frampton after hearing about his final tour going on sale.

Announcing Peter Frampton Finale – The Farewell Tour Presented by @SiriusXM! Looking forward to seeing everyone this summer and fall. We have @Jason_Bonham's Led Zeppelin Evening joining us for most of this run & my son, Julian, with @JulianFrampton Band on the west coast dates. pic.twitter.com/B6Lcbh921t

Frampton, who has been playing and singing for more than 50 years, is a true rock icon and has led a career filled with amazing moments – including being a famous childhood singer, doing session recording for famous singers like Jerry Lee Lewis, and chartering his own solo career across the radio waves.

Now, after decades of fun, adventure, and amazing music, Frampton is ready to do a bit more relaxing than he has in recent years.

Announced in February 2019, Frampton will be taking off on his Peter Frampton Finale – The Farewell Tour this June. The tour will serve as his last ever before going into retirement. He also revealed that he’s battling a degenerative muscle disorder – which was a driving cause for him to go on his final tour.

Truly, Frampton is an icon to many and has been an inspiration to countless musicians in the last 50 years. As it turns out, Tim McGraw is a huge fan!

In a humorous clip uploaded by Frampton himself, you get to see Tim McGraw begging for “20-30 tickets” to this upcoming tour – and trying to act casual while reminding Frampton who exactly he is.

“Oh! Aren’t you married to Faith Hill?” Frampton says excitedly before telling him he can have just two tickets set aside.

“Two? Okay, well…I’ll see what I can do,” McGraw says defeated. “Maybe, I guess, maybe I can get my mom to buy a couple.”

After his pleading doesn’t quite get him where he wants to be with Frampton, he tries one more trick: bartering work as a musician for some free tickets.

It’s all in good fun as it’s just a promo video for fans to enjoy! Check out the full clip below!

Always good to hear from my friends as I get ready for my Farewell Tour. Hope you enjoy the show Tim McGraw! frampton.com/live