Why Great White Sharks Can Never Be Kept In Captivity

By Jennifer Pernicano on March 12, 2021
Advertisement 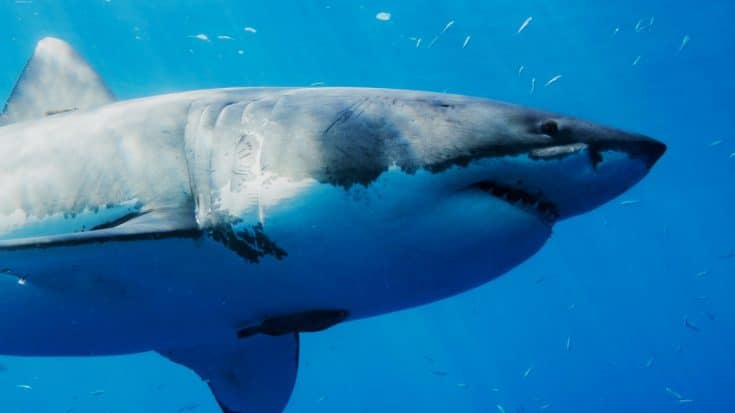 Imagine: you’re strolling through an aquarium with your family when suddenly, you’re face to face with a great white shark.

Many aquariums and zoos have tried to make this a reality for their visitors…but, tragically, it’s never worked out well for the sharks.

It’s clear that great white sharks were born to roam — marine biologists have tracked one great white who made the trek all the way across the Atlantic Ocean. No matter how aquarium curators and biologists work to create an ocean-like habitat for great white sharks, they never do well within the confines of an enclosure.

Great white sharks traditionally have a lifespan of 70 years or greater in the wild. The same cannot be said for those who have been placed in captivity.

While some great white sharks have lived up to six months in aquarium conditions, most die just a few days after they’re removed from their natural habitat.

The longest a great white shark was held in captivity was back in 2004 at the Monterey Bay Aquarium. A single, young, female shark lived in an outdoor tank for just under 200 days before the aquarium chose to release her back into the ocean.

According to The International Business Times UK, this shark was brought into the aquarium after getting entangled in commercial fishing nets. She grew 14 inches during her time there, but the choice to release her came after she began attacking and killing the other sharks in the exhibit.

Despite extensive workups to try to figure out exactly why great whites die in captivity, biologists have yet to pinpoint a concrete reason why they can’t make it in an aquarium.

David Shaw from the California Academy of Sciences stated in 1992: “They’re animals that are accustomed to the open ocean, that don’t adapt well to having walls around them.”

Stress and injury are both common factors in great white aquarium deaths. Some great whites bash their heads into the walls of the tank, while others refuse to eat. Sometimes, aquariums release stressed great whites back into the wild, but others are not so fortunate, dying within hours of being placed in their tanks.

A Monterey Bay Aquarium spokesperson told IBITimes UK that more than three million people have seen the six great white sharks the aquarium has held for various periods of time between 2004 and 2011.

“By taking a slow, methodical and systematic approach,” the spokesperson added, “We are the only aquarium in the world that was able to keep these animals on exhibit, get the sharks to take food offered by our staff, and – in the case of five of the six animals that were on exhibit – to successfully return them to the wild.”

“These young sharks were powerful emissaries for ocean conservation. We documented in visitor studies that seeing young great white sharks here has changed attitudes and left many people inspired to help protect white sharks in the wild.”

While the exact cause of these majestic (and frightening) short lives in captivity has eluded science, there are three main theories that stand out:

Watch this fascinating video on the history of great white sharks in captivity below.