Why LeVar Burton Will Never Be Jeopardy’s Host 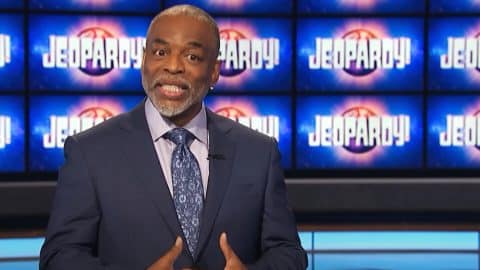 Fan-favorite guest host and iconic Reading Rainbow star LeVar Burton will never be the permanent host of Jeopardy!…and this is why…

@Jeopardy @levarburton Give him the hosting jobs you bums…he gave us reading rainbow for 21 summers. pic.twitter.com/vMPFN2MRKJ

Just a day after it was announced that two co-hosts would be taking over the remainder of 2021’s episodes, Burton explained the reality behind why he was not selected in an interview with Trevor Noah.

Burton has been called on by hundreds of thousands of Jeopardy! fans and even celebrities like Ryan Reynolds after former Executive Producer Mike Richards lost the hosting job following an investigation into past sexual harassment lawsuits and insensitive remarks on a podcast.

JUST IN: Mike Richards out as Jeopardy and Wheel of Fortune EP, per note to staff from Suzanne Prete, Sony EVP, Business and Strategy pic.twitter.com/FsTp2dW7IY

A Change.org petition brought forward by fans positioned LeVar Burton as their choice to take over the host position following Alex Trebek’s passing in November 2020. But, a report by TMZ claims that Sony Pictures Television never actually considered him as a serious candidate for the job.

Sony chose actress and scientist Mayim Bialik along with former Jeopardy! champion Ken Jennings as the two co-hosts to round out the remaining episodes for 2021.

Appearing on The Daily Show, Burton gave a frank accounting of what had changed his mind since he first sought out the job and became a guest host.

“I discovered then that the generation of adults now, who grew up on Reading Rainbow, they were down with whatever it is I wanted to do, and the same was true with this Jeopardy! thing,” he told Trevor Noah. “I made it public that I wanted it for myself, that it made sense to me, and they were all about it. It made as much sense to them as it did to me. And, so, they wanted it for me as much as I wanted it.”

With the support of his massive fanbase and a huge fan of Jeopardy! himself, Burton went for it. But once he made it on as guest host…things changed drastically.

“The crazy thing is that when you set your sights on something, you know, they say be careful of what you wish for, because what I found out is that it wasn’t the thing that I wanted after all.”

“And, so, the opportunities that have come my way as a result of not getting that gig, I couldn’t have dreamt it up. If you had given me a pen and paper and said, well, so what do you want this to really look like? If it doesn’t include Jeopardy! I wouldn’t have been this generous to myself.”

Burton says that he never seriously thought about hosting any other show than Jeopardy! before now – but with a huge number of new opportunities coming his way, he’s trying to sort out what “the right game show for LeVar” would be.

What do you think about Jeopardy! not choosing him?

Do you think he’ll be the face of a new show soon? Let us know in the comments!

Check out Ryan Reynold’s full endorsement of LeVar Burton below.