By Manly Bryant on December 18, 2019
Advertisement 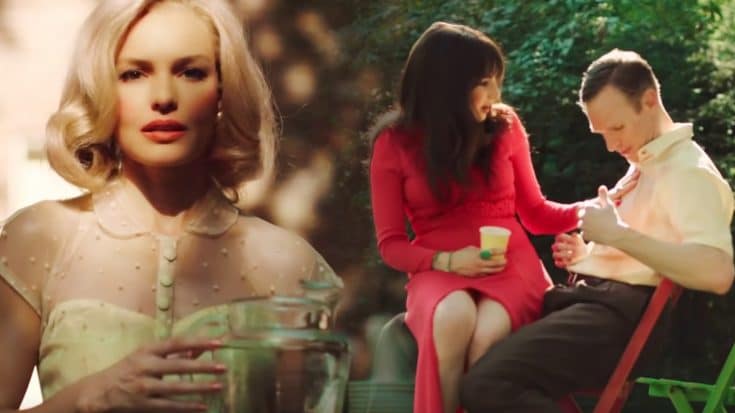 Not everything is sunshine and roses…even though it may appear that way. And this is exactly the point being made in Little Big Town’s song and music video titled, “Sugar Coat.”

The picturesque family life shown quickly turns to darkness as the main character, portrayed by actress Kate Bosworth, realizes that the neighbor woman and her husband are far too close to just be acquaintances.

Both the song and the video footage paint a story of a wife who has come to the realization her husband is both a cheat and a liar. As she struggles with her feelings about it all, she wears a “sugar coat” to mask the truth.

Eventually, the wife discovers a piece of jewelry that’s not her taste but the taste of the neighbor and then spots her husband paying a late-night visit to the woman across the street as they blatantly flaunt their affair in the big bay window.

After witnessing their affair, she can no longer cover the sour parts of her life with a “sugar coat” and has to face the music.

In a fit of rage, the wife takes much of her husband’s things and throws them in a barrel and sets it all on fire.

The next morning, she makes the family breakfast…and as she sits down to join them, she brings attention to the necklace she’s wearing by fiddling with it in her hand. That’s when her husband’s expression changes dramatically – and he realizes the jig is up.

“Sugar Coat” is the third single off of Little Big Town’s record Nightfall that was released on January 17th, 2019.

Watch the full music video below and let us know what you think of the term “sugar coat” in the comments.