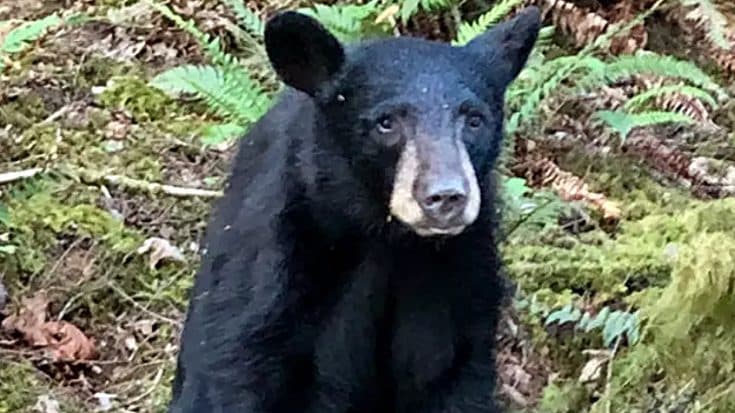 Wildlife officials shot and killed a baby bear on June 11th, 2019 after it started attracting a crowd and becoming too friendly with tourist who were feeding it.

That’s right, unfortunately, this is a true story that happened in Oregon at Scoggins Valley Park. Apparently the bear was lured in by visitors leaving leftover food for the bear to eat and it became so comfortable with them it was posing for selfies.

Washington County Sheriff’s Office and wildlife officials at Oregon Department of Fish begun receiving calls about the bear from worried tourists on June 4th and the officials were forced to step in and take action.

When they pulled up to the side of the road where the bear stayed they found the small 100-pound bear had gathered a large crowd of people to the boating area of the park. So they sent out a public announcement on Twitter telling people to leave it alone.

Deputies are working to get this bear cub near Hagg Lake to go back into the woods… please stay away from the area near Boat Ramp A. pic.twitter.com/tI8m5yTbyk

According to Oregon Live, wildlife officials captured the bear and moved it away from the high tourist area and returned it to the woods only for it to come right back the next day to the same spot. At this point, the authorities decided to shoot and kill the baby bear.

They say the reason they killed it is because the bear didn’t run away from wildlife officials when they approached it and was clearly becoming too habituated. They feared for the public’s safety and had to remove it.

Wildlife biologist Kurt Licence spoke out in a statement saying, “This is a classic example of why we implore members of the public not to feed bears. While the individuals who put food out for this bear may have had good intentions bears should never, ever be fed. It was very clear that the animal was way too habituated. With that information, it was a human health and safety risk, and we had to remove it.”

Here are some Do’s & Don’ts with Bears

If you do your best to go by the dos and don’ts above then you should have no problems with bears. If you follow these guidelines, not only will you be safer but the bears will be safer too. Getting too friendly with bears can be dangerous for you and the bear.