Will Luke Bryan Return For Season 20 of “American Idol”? 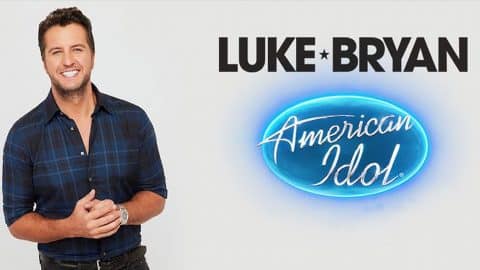 Fans of ABC’s American Idol have been wondering who the judges will be for Season 20 – specifically wondering if country star Luke Bryan will be returning.

On August 3, 2021, Good Morning America confirmed that Bryan, Ryan Seacrest, Lionel Richie, and Katy Perry will all be returning to the show for a fifth consecutive year. The panel has been together since 2018 for the show’s 16th Season, although Seacrest has been with the franchise since Season 1.

While the start date for Season 20 is still unannounced, it will be sometime in the spring of 2022. Auditions are set to begin virtually this week.

Since Bryan has been brought on the show as a judge, country music has been represented well throughout the competition. Season 17 saw Laine Hardy as a winner while Chayce Beckham won Season 19.

Ahead of his return to American Idol, Bryan will be busy out on the road for a number of tour dates. The ACM Entertainer of the Year is currently on his headlining Proud To Be Right Here Tour. Following that he’s set to embark on his 12th Farm Tour in September of 2021, before heading to Cancun for Crash My Playa in January 2022, and Las Vegas in February.