By Manly Bryant on November 11, 2021
Advertisement 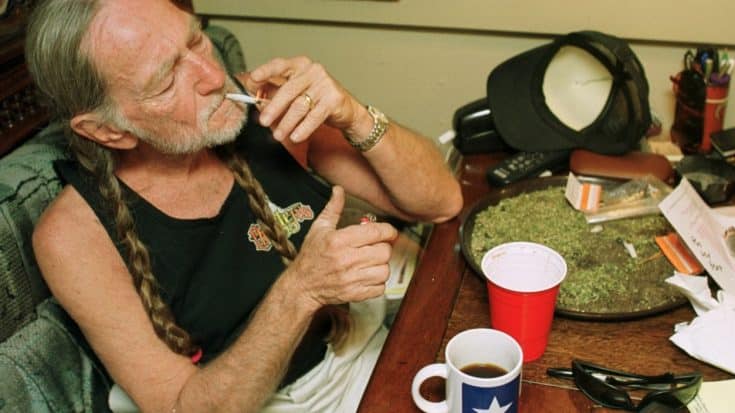 88-year-old American musician, actor, and activist Willie Nelson was on a chat show with Jenna Bush Hager when he told her that he would rather cut off his long iconic hair than get rid of a prized possession he’s been carrying with him since 1969.

Can You Guess What It Is?

In 1975, the all-American country boy released the album Red Headed Stranger where he started his signature look of having long shaggy hair wrapped in a bandana and braids.

He’s also always been well known for carrying around an old Martin N-20 classical acoustic guitar named Trigger that he received back in 1969, and it’s usually connected to his famous shoulder strap with his name on it.

When asked on TODAY’s show Hoda & Jenna, “If you had to get a haircut or a new guitar, what would you choose?”

Without hesitation, he replied, “I’d cut the hair off, and it’ll grow back.”

Even though the instrument has been through things you can’t even imagine, it’s still by his side during every performance and he’d rather have that than a new guitar.

Yea, it has some water stains on it and a bunch of faded signatures. Heck, it even has a sizable gouge next to the bridge of the guitar that may need a fixin’ one day, but it still works just fine and most importantly, has a higher level of sentimental attachment to him.

Willie is purely just a simple man. It doesn’t take much to make him happy and he doesn’t need to buy anything new to make him feel fulfilled.

“Everybody relates to Willie,” Dolly Parton told The Wall Street Journal earlier this year, in a quote Jenna shared with him on the show. “He’s down to earth, he can sing anything, he’s just an all-American boy. I just love him; I hope he lives forever — and he will, in his music.”

Willie’s new album The Willie Nelson Family, which he put together with his sister Bobbie Nelson and his sons Lukas, Micah, and daughters Paula and Amy, is set to drop on Nov. 19.