By Jennifer Pernicano on May 7, 2018
Advertisement 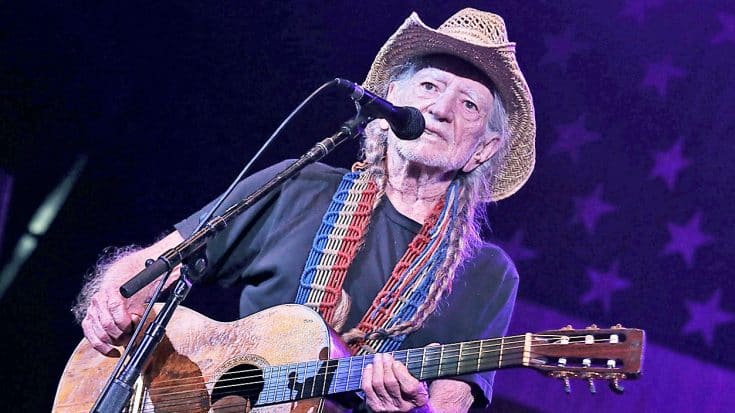 Like most of you, we have been fans of Willie Nelson’s for a long time now. At 85 years old, the legendary singer still thrives on performing live for his fans.

Not only does he enjoy performing for them, he also enjoys meeting and having conversations with them. In fact, his good friend Kris Kristofferson told Texas Monthly in 2008 that out of all the musicians he knows, “Willie is the most comfortable with his fans. He’ll stay there for hours, signing autographs and meeting people.”

Because of this quality Nelson has, there’s been many times he’s wandered away from his band to go talk to his fans. His longtime drummer Paul English recalled one of these times to Texas Monthly.

“When he got the Kennedy Center award, in 1998, he left the security and went over and talked to the guy running the elevator. When we play at a fair, I’ve seen him break away from security and go out to the gate and talk to the fans for about two hours,” he said. “I’ve heard people ask him, ‘Does it bother you when people are always trying to talk to you?’ And he said, ‘It’d bother me a lot more if they didn’t.'”

A longtime friend of Nelson’s, Kimmie Rhodes, once said that he signed autographs for a longer period of time than he was actually on stage singing!

Don’t Get On His Bad Side

Nelson has always seemed like a mild-mannered man and it comes as a surprise that anything could make him extremely angry, but Turk Pipkin, the co-author of The Tao of Willie, revealed the one thing you should never do to him. And if you do, you’ll see a side to Willie Nelson you’ve never seen before.

“You want to see Willie get mad? Let Willie get in a conversation with a stranger, and then go up and interrupt him. Go up and try to tell him that he doesn’t have time to talk to her because he has to be somewhere else, and you’ll see a little flash in those eyes,” Pipkin said. “He’s having a moment that he thinks is important, an important human moment with someone. It’s up to him to determine whether he has time to talk to that lady.”

His wife of over 25 years, Annie, added that when he gets really mad, “his pupils dilate so his eyes look black.”

Yes, the music is important to Nelson, but its his connection with the audience, his fans, that is what’s even more significant to him.

“You can get drunk and miss a show and that’s no problem, but if you’re rude to one of the fans, you’re in big trouble,” his bus driver Tony Sizemore revealed.

Nelson’s career is legendary, so a star as big as he is doesn’t have to take the time to talk to his fans in the way that he does, but knowing that it means so much to him, makes us love him more.

Watch Nelson interact with some of his fans in the video below.