By Jennifer Pernicano on December 31, 2018
Advertisement 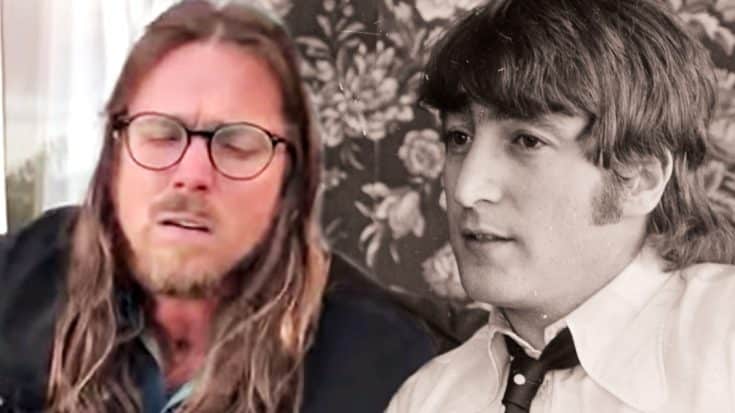 Willie Nelson has given this world years of music and talent that has helped shape country as we know it. His son, Lukas, has been paving his own path in the music industry while remaining true to what is real.

When Willie Nelson is joined by Lukas for a performance, it sure is magical. The Red Headed Stranger’s son lends the same raw, real, and gritty voice to songs that his father has been bringing to the table since day one. Not to mention, Lukas has embarked on his own musical career – and it is soaring!

Promise Of The Real

Lukas has joined up with a few fellow musicians and created his band, Lukas Nelson & Promise of the Real. Their name says it all and these guys definitely live up to that promise. Lukas himself has explained that the goal is to not think – but to “live from your heart.”

Lukas has been rapidly gaining popularity. In 2018, he worked to create songs for the award-winning movie, A Star Is Born. In the midst of all his success, he still found a way to stay humble about his experiences and growing fame.

He told social media that, “I turned 30 years old on Christmas Day. Thirty is one of those milestone birthdays that makes you take stock of where you’ve been, and where you’re heading.”

His birthday that year was an intimate, low-key family and friends affair where Lukas could spend time reflecting and truly appreciating the love that surrounds him.

Yesterday was my birthday , was really fun ! Thanks to my friends and family for coming out and for the well wishes and gifts ! Love you ! And Happy Holidays ✨?: @zoemaui

Me , dad , mom , and Paul Simon at the little birthday shindig a couple days ago .. was a really special and intimate night .. ?: @zoemaui

As a musician, he knew the best way to articulate everything he was feeling while turning 30, was to do it in song. He decided to sing John Lennon‘s “Watching the Wheels.”

He explained that “I’ve been listening to this track since I was small, and although it may sound simple on the surface, like all the best John Lennon songs there are deep layers of meaning that unfold the more you play it.”

In the same year as his untimely death, Lennon released his vulnerable, “Watching the Wheels.” While the song seems simple – it is a necessary reminder to take the time and appreciate what surrounds us. After being a huge success and celebrity – finding peace in gratitude and family became important to Lennon in the last years of his life.

Having spent time building his personal relationships – 1980 became a heartbreaking year for family, friends, and fans of John Lennon. At 40 years old, the influential musician had his life taken from him by Mark David Chapman after he asked for his autograph. The incident has fallen under skepticism and has been subject to various conspiracy theories but one thing is for sure, the world lost one of its most influential musicians of our time when it lost John Lennon.

In moments of sadness and death, it is important to remember that light can always shine through. One way it does, is through music and how it transcends time.

Sitting on a wooden bench, Lukas patiently strummed his intricately painted guitar.  Swaying back and forth, he pours his entire body and soul into the song – making it a performance you don’t want to miss. Check it out in the video below.