Woman Arrested After Driving Kid’s Toy Truck Under The Influence 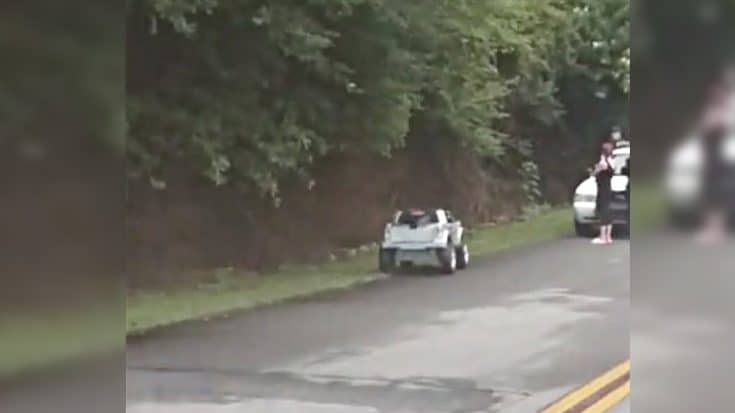 They say you can’t outrun the law, even if you try your hardest. However, one woman dared to challenge this saying in a toy car.

Livin’ Dangerously In A Toy Car

According to Fox Carolina, police were responding to a “suspicious persons call” when they found 25-year-old Megan Holman driving under the influence of a narcotic in a child’s motorized mini-vehicle that you can find at stores like Walmart. She was arrested and fortunately, no one was injured during the arrest except the woman’s pride when she realized what she just did.

This happened in Walhalla, S.C. just a mile away from her home, so police believe she was returning home from somewhere, although they don’t know from where. TheWalhalla Police Chief confirmed she was charged with public intoxication.

I guess the Walhalla Police Department has nothing better to do than pulling over a woman on her Power Wheels truck.#police #livepd #trafficstop #arrested #boysinblue #walhalla #walhallasc #walhallapd #afv #funny #policevideos