Woman In Critical Condition After Being Trampled By Cows

By Manly Bryant on September 11, 2019
Advertisement 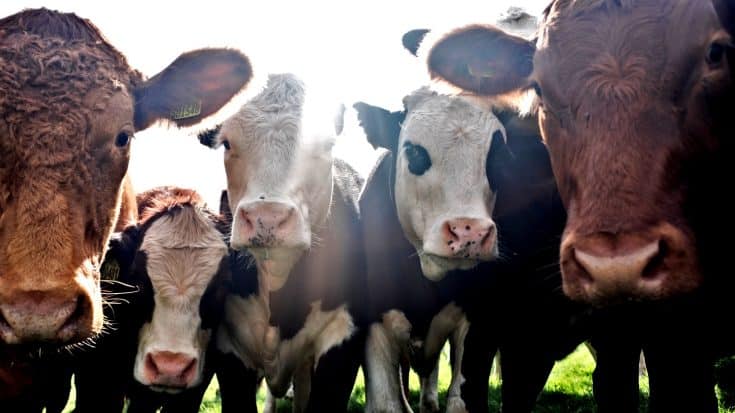 Today is a very tough day for one woman after she was brutally attacked by a herd of cattle and her dog killed in a bizarre incident witnessed by a passerby.

According to Derbyshire Police in the UK, a woman was hospitalized after being trampled by cattle outside the village of Sheldon. According to a witness, the cows had trampled her as she was walking her dog and they contacted emergency services.

It all went down around 4 p.m. local time when the witness spotted the incident in a field and called for help.

“We were called at 3.45pm yesterday on Tuesday, September 10 after a passerby saw a woman and her dog being attacked by cows in a field near the village of Sheldon,” a spokesman for Derbyshire Police said.

The woman, who was airlifted out of the field is still in critical condition at a nearby hospital.

The incident occurred near the Magpie Mine Heritage Site as seen in the photo above and below – more clearly.

“Officers attended, as did an air ambulance, and the woman was taken to hospital in Sheffield, where she remains in a critical condition.

“Her dog had been killed by the cows,” the police force continued.

The local village sent their well-wishes and condolences to the woman via a statement on Twitter, writing: “Our thoughts are with the family of the lady who was very badly injured by Cows in the fields to the rear of our village today. Excellent work by the @DerbysPolice in rescuing her and taking her to hospital on @Helimed54.”

The police also issued a warning to the public: “Please take care when walking among cattle.”

Attended an incident this afternoon that reminded us that as beautiful as the @peakdistrict is, there are also many dangers associated with the countryside. The @DerbyshireRCT were also in attendance, but can anyone guess this location?
Please take care when walking among cattle. pic.twitter.com/SLFcNZ9Tgu

Cows can be very dangerous just simply because of their size and they kill nearly 20 people per year – just in the United States.