By Jennifer Pernicano on July 10, 2019
Advertisement 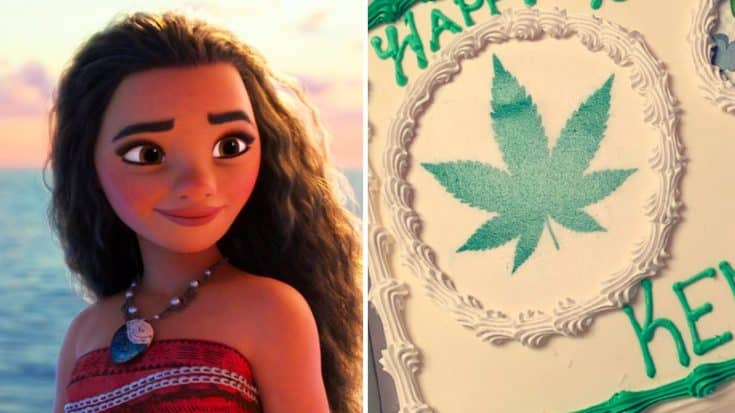 It is a phenomenon that has taken over the Internet, and goes by the name of “Cake Fail.”

A cake fail is when you order a cake, or bake one yourself, and it was a complete fail, meaning it looks nothing like it was supposed to, much like The Little Mermaid-inspired cake below.

Me going out on a Friday night: expectations vs. reality.

And other times, the cake writers take their instructions a bit too literally, like the one below who actually wrote, “(new line)” on the cake instead of just writing the next phrase on a new line.

Well one Georgia woman named Kensli Davis got the ultimate cake fail recently on her 25th birthday. Her mom was trying to do something nice and get her a birthday cake she would remember forever. Kensli loves the Disney movie Moana, so her mom ordered a Moana birthday cake for her daughter from Dairy Queen…or so she thought.

Kensli excitedly opened the box to see her Moana cake, and was shocked to see that the company had misheard her mother and had made her a marijuana cake instead. It had green frosting edges, a big marijuana leaf, and a My Little Pony character smoking weed.

“I haven’t had a chance to tell y’all about our experience this weekend with my birthday cake,” she captioned the photo. “So my mama called and ordered me a cake telling them how much I loved Moana. (Because really I do) Well needless to say these people thought she said marijuana ??? That ice cream cake was still good though.”

The woman who made the cake got fired for the confusion, even though she showed her manager the cake before giving it to the customer. She also said she had previously talked to the mother on the phone and specifically said “marijuana images,” but thinks the mother heard “Moana,” not marijuana.