Woman Missing For 3 Days Saved By Her Trusty Dog 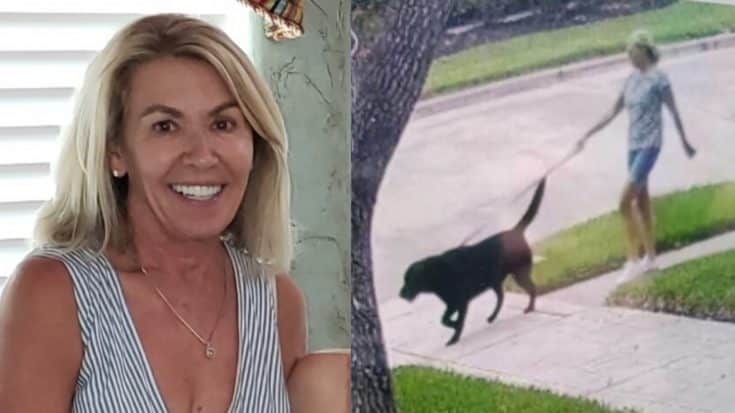 Last week, a lady diagnosed with dementia got lost in the woods for three days after taking her dog for a walk. It was her dog’s barking that finally alerted rescuers to her location.

Harris County Precinct 5 Constable Ted Heap said he and his crew were requested to search for 63-year-old Sherry Noppe who reportedly took her black Labrador, Max, on a walk in the Houston suburb of Katy, Texas on Tuesday (May 3) when they both went missing.

For three days, her family worried about her strange disappearance and searched for Sherry and Max with no success in finding them. The family finally ended up having to call the authorities to ask for help.

Authorities and volunteers showed up to her neighborhood Friday (May 6) and got to work looking for Sherry. Eventually, one of the rescue workers heard barking coming from the woods around 3am that finally lead to finding the two, just in time for Mother’s Day.

I spoke w/ Amy, family friend who started FB group ‘Find Sherry’ — she told me the family is incredibly grateful to everyone who helped bring their mom back to them — INCLUDING this wonderful group of deputies & volunteers who RESCUED Sherry overnight. @KHOU pic.twitter.com/e2IoQQgB8F

The beautiful thing about it is Max never left Sherry’s side the entire time they were lost out there. She was transported for medical examination and reunited with her family who were very happy to have her back.

“He saved her life,” Sherry’s daughter Courtney Noppe said said during an news conference, according to the Washington Post.

Rescue workers said they heard Max’s barks coming from the woods of George Bush Park, a 7,800-acre park located not far from where Sherry and Max were last seen.

Constable Ted Heap is relieved to report Sherry Noppe, missing since Tuesday, has been found in George Bush Park. She was located at approx. 3am Friday by a group of tireless volunteers and deputies who were alerted by the sound of her dog, Max, barking in the woods. #hounews pic.twitter.com/ZKOOjldJ94

Michael England, a friend of the family and someone who participated in searching for the two said they were found in a “super thick” and “marshy” part of the woods where anyone could easily get lost.

“You can walk 50 feet in there and get turned around,” he said, adding that Sherry was found several hundred yards into the vegetation.“She knew she was lost, but I was amazed at how strong she was. She wasn’t severely disoriented and out of it but definitely lost…She didn’t know what to do.”

After being transported to the hospital, Sherry was given fluids to treat her dehydration and she received medical attention for a few cuts and bruises. Overall, she was not injured

“She’s doing surprisingly well for how long she’s been out there and the conditions that we were expecting: the heat, the rain,”  her daughter Courtney said. “We’re very grateful.”

NEW VIDEO: Y’all… hearing that Sherry Noppe had been rescued overnight & was SAFE w/ her dog Max made me tear up w/ HAPPINESS this morning… thinking about her family.
This is such an INCREDIBLE story.
Here’s a breakdown & new vid showing moment after her rescue. @KHOU pic.twitter.com/pHQjaXs6N6

Max was also transported to a veterinarian’s office, where he was examined for injures, in which he passed and was deemed healthy, and was given a good clean bath.

“That dog … stayed by her side for three days,” said Sherry’s son Justin. “And that just shows you the loyalty the dog has.”

Just got done listening to family’s update — Sherry’s 2 daughters & son spoke thanking the Katy area community and beyond saying they’re forever grateful for everyone who made it possible for their mother to come back home. They also wished everyone a happy Mother’s Day. @KHOU pic.twitter.com/R870Kj39wk