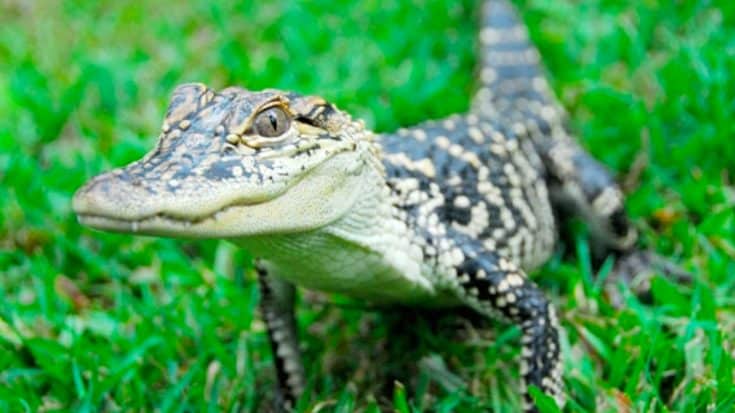 Things just keep getting weirder and weirder down in Florida. While bizarre arrests have become the norm, one Sunshine State citizen even left authorities baffled after revealing she was hiding an alligator in her pants.

Florida authorities got quite the surprise the morning of May 6, 2019 when they pulled over a male and female during a traffic stop on a highway in Punta Gorda. Both of the individuals are unidentified but authorities have reported that the male driving the vehicle was a 22-year-old. The male told officers that he and the woman in the passenger seat were “coming from an underpass where they were collecting frogs and snakes” according to ABC News.

When asked by deputies to open their backpack, 41 small three-stripped turtles resided inside. Not to mention, one soft shell turtle was also found…raising the count to 42 turtles inside this man’s vehicle. After being shocked by the discovery, the officer proceeded to ask if there is anything else he should know about and that is when the unexpected unfolded.

Not to be outdone by #Floridaman, a #FloridaWoman pulled this alligator out of her pants this morning during traffic stop after being asked the standard "Do you have anything else?" She also had 41 3-stripe turtles in the car. @MyFWC responded to take over the investigation. pic.twitter.com/UdZsDBvh9f

The woman in the passenger seat then pulled a foot-long alligator out of her yoga pants! Not long after, the officer decided he needed a little back up to deal with this situation.

The Florida Fish and Wildlife Conservation Commission was called to the scene to investigate what would soon become quite the violation.

According to ABC News, “The woman was cited for possession and bag limit violations for all three species, which are native to Florida but are regulated. The reptiles were then seized and released.”

In the state of Florida, it is illegal to kill, injure, capture, or possess alligators without a permit.

Well, looks like it’s just the Florida version of “Are you happy to see me or is that just an alligator in your pants?”