Woman Repeatedly Attacked By Crocodile Rescued By Twin; “He Tried To Death Roll Her” 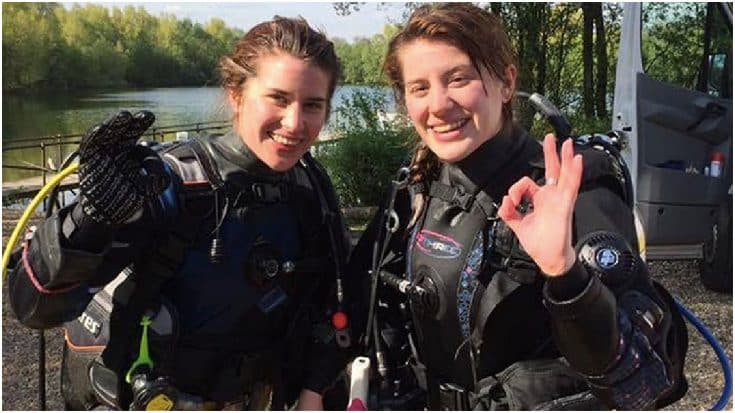 A British woman is being hailed a hero after she rescued her twin sister from the jaws of a 10-foot crocodile in a Mexican lagoon on June 7.

27-year-old Georgia Laurie and her sister, Melissa, were in Mexico volunteering at animal sanctuaries in the Puerto Escondido area. The pair joined some friends for a riverboat tour in the Manialtepec Lagoon, and along the way decided to jump in for a quick swim.

Georgia heard her sister scream out and saw her get pulled underwater. Georgia immediately went to her sister’s rescue and pulled her to shore while punching the crocodile repeatedly in the face. The croc came back for Melissa three times while Georgia was pulling her sister to safety.

“It was fight or flight,” Georgia told the BBC. “And you have to fight for the people you love.”

The older sister of the twins, Hana, told reporters that Georgia was an experienced scuba diver and had completed water rescue training, training that likely helped save her sister’s life.

“Thank goodness she’s had that training. She said her adrenaline kicked in and she knew what to do,” Hana said. “Georgia found [Melissa] unresponsive and started to drag her back to the safety of a boat.”

“She dragged her back as the crocodile kept coming back for more, so she just started hitting it. She’d heard that with with some animals, that’s what you’ve got to do.”

Both Georgia and Melissa were admitted to the hospital where Georgia was treated for minor wounds on her hands. Melissa suffered life-threatening injuries to her face, torso and leg and was placed in a medically induced coma.

A GoFundMe page set up for the sisters has posted regular updates on their recovery. According to the page, Melissa has made great strides in her recovery during the last week.

“She’s managed to stand and do a short walk in the hospital and we’re confident she won’t need physio on the leg that was bitten. The sepsis is no issue anymore (not sure whether totally gone or just very manageable) and she’s got a big smile on her face.
It seems like breathing and bruising and scarring will be things that improve with time,” Hana wrote.

Hear Georgia Laurie relive the harrowing experience in detail in the video below.