Woman Screams Upon Realizing Her Cat Is Playing With A Snake 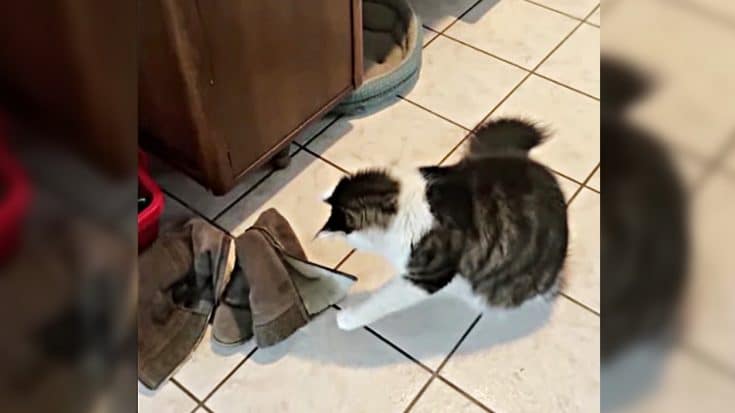 Christina Laughter of Jacksonville, FL, noticed her giant Maine Coon cat, Barley, chasing after what she thought were small tufts of fur on her kitchen floor. Barley loves to chase and play, so she brushed it off as him just doing what cats do.

I GET HOME AND MY CAT IS PLAYING WITH A SNAKE INSIDE MY LIVING ROOM pic.twitter.com/m1MqqmD23w

Her husband was laughing at Barley’s antics, and suggested that Laughter take a video of him doing his thing. Laughter pulled out her phone to record Barley.

My cat is playing with a snake again pic.twitter.com/TLwfH4BKD2

It became clear that Barley was not just doing normal cat stuff – he was chasing a live snake around Laughter’s kitchen. Luckily, the snake was not venomous and Barley was not harmed. Laughter stated that she had never seen a snake in her house before, and she hopes that she never will again.

You can check out the incident that went viral in the video below.