Woman Tries To Talk To A Koala & It Attacks Her

By Manly Bryant on November 22, 2022
Advertisement 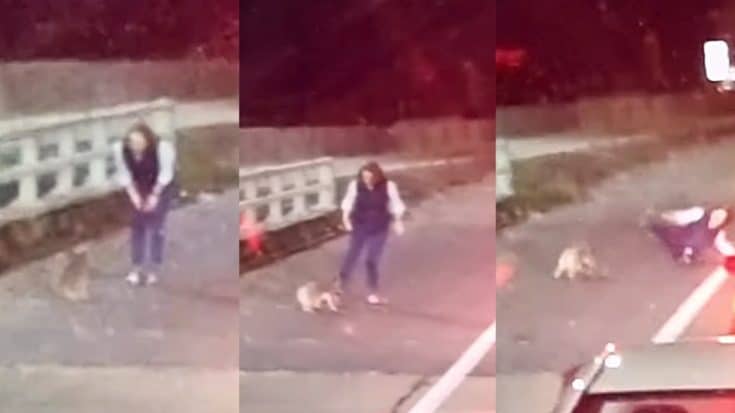 Tourons of Yellowstone, an Instagram channel known for people doing stupid things shared a video of a woman getting attacked by a koala bear after she tried to have a conversation with it.

The video showed a line of cars stopped on a road as a woman apparently got out of her car to go speak with a koala sitting on the edge of the road. It’s not 100% clear on what the woman was saying to the animal, but she gestured with her hand for it to follow her and started walking toward the cars.

That’s when things went from cute and cuddly to out of control and frightening. The koala went from being completely still to chasing after the woman, throwing up its clawed paws and trying to attack her.

The startled woman tried to run backways as fast as she could but lost her footing and fell right on her backside, slamming to the ground.

Now that the woman was down on the koala’s level, the animal started to climb on her while she kicked and screamed trying to get it off of her.

The man filming the video inside a big truck laughed as he knew what coming.

Watch Footage Of The Koala Attacking The Woman Below