By Manly Bryant on August 1, 2019
Advertisement 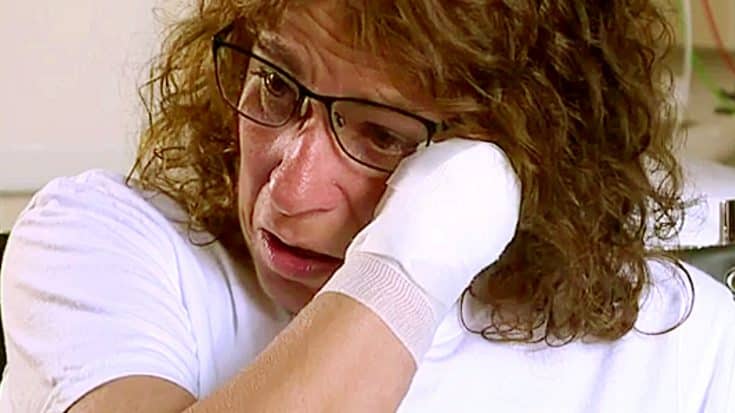 Waking Up to No Hands Or Feet

Imagine getting sick and going to the hospital only to fall into a 10-day coma and wake up to not having any hands and feet?

Unfortunately, that’s the sad but true story for Marie Trainer after she and her husband returned from a vacation in the Caribbean. She remembers feeling sick with nausea and back pain and thought she had the flu. However, when she kept feeling worse she decided to go to the hospital and that’s when everything went blank.

“When I opened my eyes I didn’t know where I was,” Marie said. “Then I found out everything. Being in a coma for 10 days — having this thing. My dog licked me… my dogs lick me all the time,” Marie continued, still trying to understand what happened.

She apparently developed sepsis and it caused infection to set in that started spreading very rapidly. They tried everything to stop the spread of infection but nothing worked and she was placed into a medically induced coma. The sepsis, unfortunately, took over and started deteriorating her limbs due to gangrene.

After getting the blood results back they realized she had capnocytophaga, which is a bacteria that lives in the mouths of dogs and cats and usually enters the body from animal bite wounds. The doctors determined that she got it from her two dogs who licked a small scrape on her arm.

“That organism is very virulent. It has the ability to induce your immune system to do some pretty horrible things,” Dr. Margaret Kobe said.

The doctors did everything they could to remove the blood clots from her limbs but it was not working and it became too late to save her limbs. If they didn’t perform the amputations then Marie would have died.

Fortunately, Marie is on her way to recovery and has a loving family who is, most importantly happy she’s alive, but also happy to help her do daily tasks like eating and getting dressed. If you’d like to know more about her story or support her you can do so via her GoFundMe page.