By Manly Bryant on September 25, 2019
Advertisement 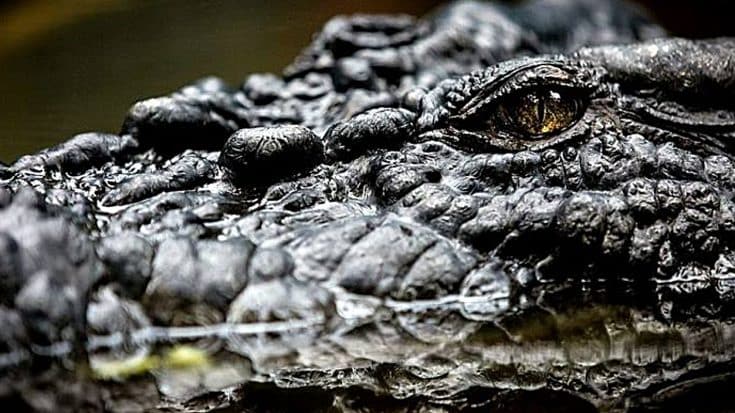 The largest saltwater crocodile living in captivity on the planet right now is named Cassius, who lives at the Australian wildlife zoo in Marineland Melanesia, on Green Island.

Cassius is estimated to be over 116 years old and was captured in Australia’s Northern Territory in 1987 and brought 1,988 miles to the zoo by truck. He currently lives in the zoo with 50 other crocodiles.

His length from nose to tail is a record-breaking 18 feet long and he weighs a whopping 2,200 pounds. He was officially recognized by the Guinness World Records in 2012 for being the largest crocodile in captivity but lost his title in 2012 to another crocodile named Lolong who stretched a colossal 20ft 3in.

Lolong was caught in the southern Philippines and only held the title for one year because he, unfortunately, died in 2013, so the title went back to Cassius.

Features Of Cassius, The Crocodile

A few features about Cassius is he is missing his front left leg, the tip of his snout, and the tip of his tale. He’s named after the famous boxer Muhammad Ali’s birth name, Cassius Clay and the crazy rumor about him is that he’s thought to be a man-eater before his capture.

The most impressive thing about him though is, according to Wikipedia, saltwater crocodiles normally only live to be around 70 years old and Cassius has lived 46 years beyond that. Maybe it’s the fact that he’s in captivity away from other dangerous predators and well taken care of by the zoo. Whatever it is, glad he’s still around and may he live many more years!