“Yellowstone” Creator Knows How & When The Show Will End 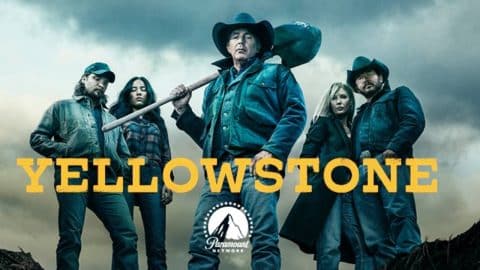 Kevin Costner, horses, drama – it doesn’t get much better than that. Fans of the hit TV show Yellowstone know this to be true.Although Season 4 of the show, which has been a ratings powerhouse since its 2018 premiere, has recently aired its finale, fans already can’t wait for Season 5.

Series creator, writer, and director Taylor Sheridan sat down with Deadline in August 2020 to spill some secrets about filming during a pandemic, as well as how long he envisions the series going.

He revealed that instead of filming in the usual location of Utah, the entire season will be filmed in Montana, where the outbreak has been especially low. They will all quarantine for 2 weeks when they get there and be tested regularly. Sheridan also noted that there are talks to build a restaurant and gym, and will likely have entertainment every day to avoid getting in a rut for the five months they will be filming.

Although the initial plan was to start filming in June, a mid-August start isn’t too behind schedule and should keep them on track to premiere Season 4 on time. When asked how many seasons Yellowstone has left, Sheridan had a pretty concrete answer.

“Well, I know how it ends,” he said. “I know how the series ends, and you have to move in a straight line toward that end. You can’t walk in circles, waiting to get there, because the show will stagnate. So, you have to keep moving forward, and there have to be consequences in the world, and there has to be an evolution toward a conclusion.”

Sheridan continued, “Can that be another two seasons beyond this? It could. I don’t see this as a procedural show. So, it’s not something that we could extend indefinitely. I don’t think anyone would want to do that; you’d cheapen the product. I haven’t had that conversation with the network or the studio yet. I’m sure it’s coming, but I would think that you would want this to end on an upswing as opposed to a plateau or a descent.”

The reporter, Mike Fleming, Jr. confirmed, “So six seasons, then.”

He doubled down on when the show will end again in a December 2021 interview with the New York Times.

“Well, I know how it ends. I’m writing to that ending. There’s only so much hovering one can do before the story starts to lose its locomotion; you can’t put it in neutral just because it’s successful.

It will go as many years as it takes for me to tell the story, but you’re not going to see nine seasons of it. No way.”

While, as fans, we will be sad to see the show end, we can agree that it is a series that cannot go on forever. So, we will enjoy it while we have it for the next two years. Take a look at some Yellowstone moments below.