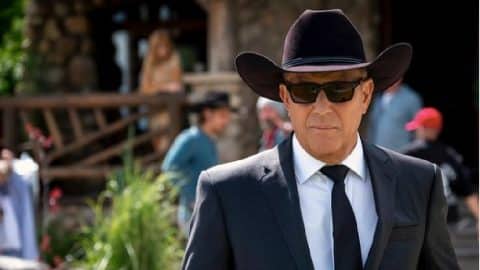 The Season 4 finale of Yellowstone aired on Paramount Network on Sunday, January 2nd. SO much happened, and we broke it all down for you here. Because of everything that happened in the finale, we have so many questions about the future of all our favorite characters. The question on everyone’s minds is when will Season 5 premiere?

And now, we have finally have the answer to that, thanks to a new interview with Variety.

On January 4, after the Season 4 finale, Cole Hauser took to this Instagram and wrote, “See y’all in S5! Thank you again for being the best fans and the continued support of @yellowstone and making us #1 in all the land.”

Additionally, in a December 2021 article from Deadline, it was revealed that production on Season 5 will begin in May.

The previous four premiere dates were as follows:

It was lined up to be a summer series, but the COVID-19 pandemic threw a wrench into the Season 4 plans, so it became a Fall show.

Yellowstone producer David Glasser told Variety, “It’s the prime of the show. I think the show is still maturing, and there’s still a lot of story to tell. I know with Taylor, he’s got a lot to say and a lot to write. He’s deep into Season 5 of ‘Yellowstone’ now. He’s got some incredible ideas that he shared that I think audiences are going to be really excited about.”

Variety also reports that Glasser “expects production to resume…in May, with Season 5 likely to air in the fall.”

Even though we will have to wait the better part of a year, we are so excited!