Yellowstone Visitors Film The Most Elusive Animal In The Park

By Manly Bryant on March 14, 2022
Advertisement 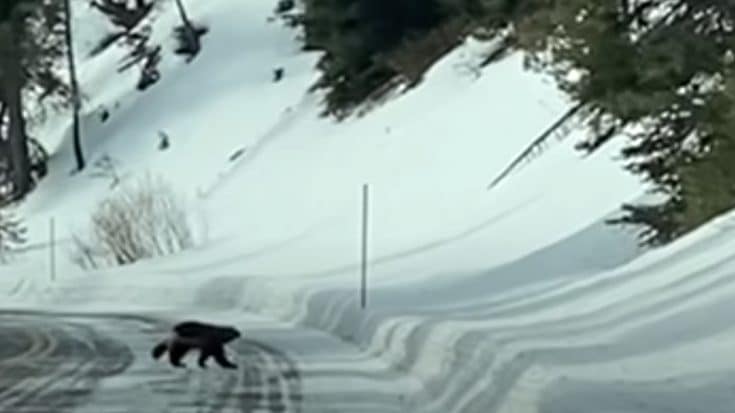 Carl Kemp and his 9-year-old daughter Maya had an incredible encounter with a wolverine during their visit to Yellowstone National Park on Saturday and they got video footage of it!

Sightings of wolverines in the park are extremely rare because there are only about six of them in America’s oldest national park and they are very elusive. In fact, there is only one documented still photograph of a wolverine in Yellowstone that was taken decades ago.

The Kemp family visiting from California said they spotted the animal in the middle of a snowy road and started filming. Once the wolverine noticed it was being watched from the oncoming vehicle, the creature jumped off to the side of the road and ran into the nearby trees.

“It was really magical to see and dad said it was like the unicorn of Yellowstone,” Maya said, according to CNN.

MacNeil Lyons, who was the guide accompanying the Kemp family, said that he’s only seen a wolverine in Yellowstone one time prior to Saturday’s encounter, and that was with binoculars from over a mile away.

“I’ve been wondering what’s next because this is kind of like the top animal to see in Yellowstone National Park. That’s why I’m still kind of in awe. I don’t know what to say about it,” MacNeil said. “It was truly one of those magical moments. I don’t know how to describe it. We were both speechless at the time.”

In addition to seeing the wolverine, the group also encountered wolves and bears.

“We were riding that high all the way for the rest of the trip. We didn’t want the trip to end, but we couldn’t wait for the trip to end to tell everyone about it,” said Carl.

See The Wolverine Footage Below