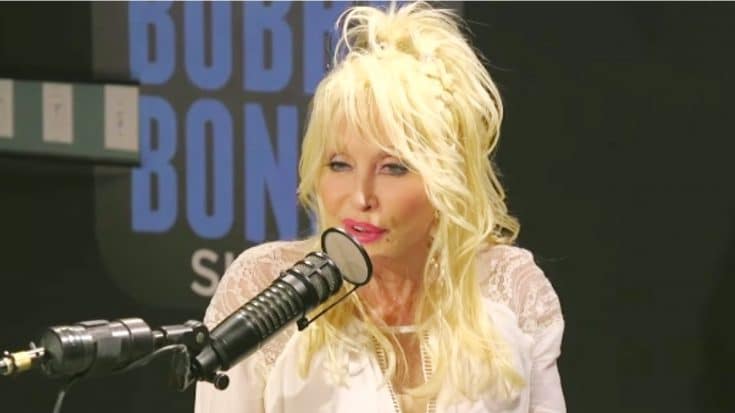 As a world-famous celebrity, you can bet that Dolly Parton has traveled many miles over the course of her decades-long career. But if she had it her way, she wouldn’t travel any of those miles by plane.

During an interview on The Bobby Bones Show, Parton confessed that she’s actually terrified of flying. And she isn’t shy to admit it either!

This, as you would imagine, sometimes makes things difficult for the country music superstar. While she tries to take her bus as much as she can, she obviously can’t do so for overseas travel.

So what does she do in those instances? She opts for traveling via private jet as opposed to commercial planes.

“When I do fly, I fly private jet because it’s hard doing commercial anymore, because its such a zoo anyway,” she said.

Though she made it clear that her preferred method of transportation is something else entirely. “I just take my bus anytime I can.”

So why is it that Parton is so scared of flying? She says it doesn’t even have that much to do with the height or a fear of falling, but rather it has more to do with feeling trapped.

“I don’t like that helpless feeling that I can’t get out if I want to,” she said. “I want to be on the ground. If I want to stop, I want to get out. You can’t very well go up to the pilot and say, ‘I wanna get out now.'”

But in her true style, she also explained her fear in some pretty hysterical terms.

Referencing her father, Parton said, “I’m like my daddy. I don’t want to go no higher up than pulling corn and no lower down than pickin’ taters.”

Have you ever heard a more “Dolly” statement in your life? That’s such a funny way to describe a fear!

You can check out more of Parton’s interview in the clip below, in which she also talks about a bunch of new projects she has been working on lately. Hopefully she doesn’t have to fly anywhere to work on them!