By Miranda Raye on October 27, 2020
Advertisement 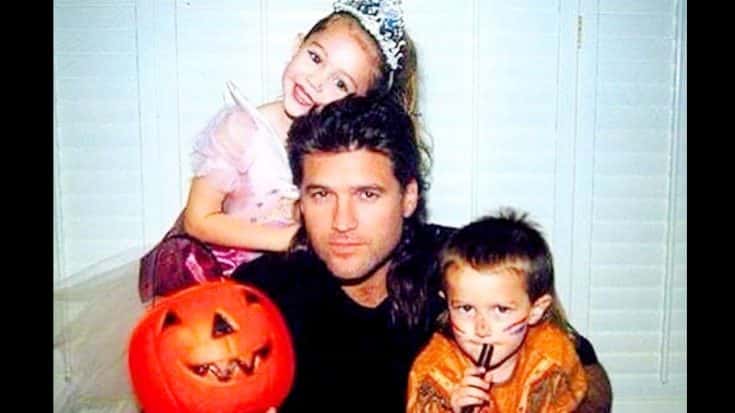 Monday (October 26) was National Pumpkin Day in the U.S. The day falls at the perfect time, since Halloween is just around the corner!

Some people celebrated National Pumpkin Day by carving jack-o-lanterns to display on their porches in the spirit of Halloween. Others marked the occasion by indulging in their favorite pumpkin-flavored beverage or snack.

In Billy Ray Cyrus‘ case, he celebrated the day by sharing an old photo of himself with two of his children.

The two kids who appeared with Billy Ray in his throwback photo were his daughter, Miley, and son, Braison.

From the looks of it, the Cyrus family had just gone trick-or-treating (or they were about to). Miley and Braison were both wearing costumes and Billy Ray was holding up a jack-o-lantern candy bucket.

Miley looked absolutely adorable dressed up like a little princess. She even had a crown in her hair!

Speaking of hair, Billy Ray also highlighted the fact that he was still sporting his famous mullet at the time this picture was taken. In addition to celebrating National Pumpkin Day, he shared the picture in honor of his own personal holiday…”#MulletMonday.”

Look below to see the Halloween-themed throwback photo Billy Ray shared. It’s hard to believe that Miley and Braison are all grown up now!