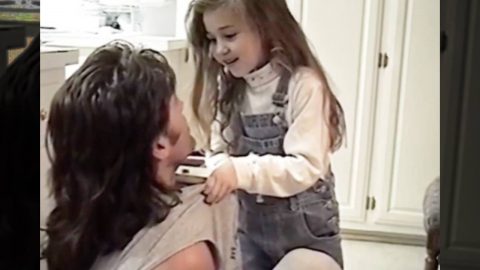 In 2006, the Disney Channel introduced the world to Miley Stewart, who was a normal teenager by day and pop star Hannah Montana by night. Her identity was kept secret by her father, Robby Ray Stewart, played by her real-life dad, Billy Ray Cyrus.

As some fans will know, Hannah Montana wasn’t the first time they shared the screen. Miley appeared in three episodes of Billy Ray’s medical drama Doc, which ran from 2001-2004.

Before Doc, Billy Ray had a few other acting roles, including a stage role in Annie Get Your Gun. The “Achy Breaky Heart” singer never had to look far when he needed to practice a scene for an acting job…he asked his kids!

On November 24, Miley posted a video on Instagram of her and her dad running lines. We aren’t sure what project it is for, but they were already off script when the video was taken.

Take a look at it below.