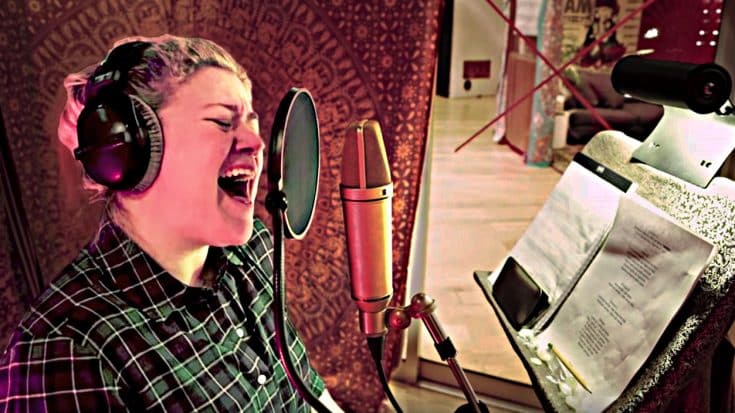 The first American Idol winner has proven yet again – she can literally sing anything.

Kelly Clarkson was crowned the very first “American Idol” because of her unmatched vocal prowess and seemingly magical ability to sing any kind of music they threw at her.

For years, Clarkson sang a heavy rock-tinged version of pop, pure pop, and even threw out some country demos after going on tour with her mother-in-law, Reba McEntire. Now, she’s launched a full album of bluesy and soulful music – but she isn’t stopping there.

We did it y’all!!! @BrynnCartelli is your Season 14 winner of @NBCTheVoice !! ? – Team KC pic.twitter.com/TgvEzXRyWs

Just recently, Clarkson took on NBC’s The Voice as their newest coach and completely stole the show when she won the entire competition. Now, it appears she’s also belting out some growling beats for a brand new TV series that’s getting a ton of hype.

Tackling the 1969 hit from The Guess Who, Clarkson teamed up with producers to give a feisty, roaring cover of “American Woman” that left our jaws flat on the floor!

In case you missed it! ✨ Kelly is officially performing at the @CMT Music Awards TONIGHT!! #AmericanWoman ✨ – Team KC pic.twitter.com/DvGeTt3SS2

Clarkson not only dropped the full-length track today on Paramount Network‘s YouTube channel, but she’s also performing it live for the very first time during the CMT Music Awards in Nashville!

Check out the video below where Kelly Clarkson completely slays this rock anthem and let us know if you think she did it justice!