By Jennifer Pernicano on August 30, 2022
Advertisement 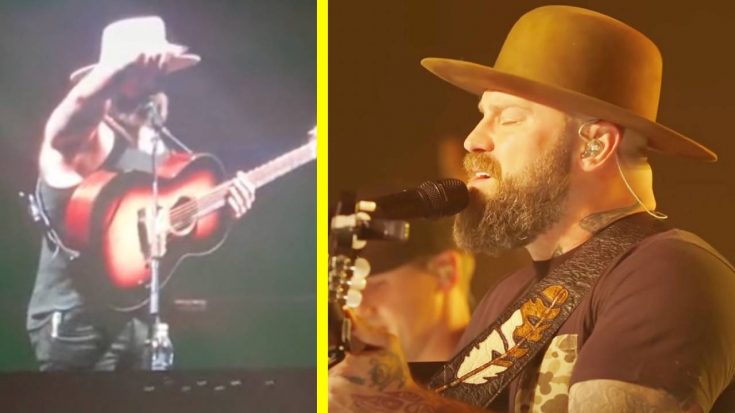 Zac Brown Band is in the middle of their tour that has been taking them to cities all across the country. They’ve even played at some iconic stadiums like Wrigley Field and Fenway Park.

They played a three act set, including their hits “Toes,” “Homegrown,” and of course, “Chicken Fried.” They also play several covers from 90s country to classic rock that keeps the audience engaged and on their toes! After their entire 19-song set (more if you count the medleys), they closed out the show with their encore “Chicken Fried.”

But, just a few moments in, Zac Brown himself stopped singing to get security to throw out a fan near the stage.

He pointed the fan out and said over the mic, “Security, come here. This guy in the black shirt, I want him gone, right now.”

Brown continued, “Yes, beat it. I just watched him scream in the face of a little girl and another lady. Get the fuck out of here. Get him out right now. See ya, b*tch…You don’t treat a lady like that.”

Brown didn’t start singing again until the fan was being escorted out of the venue, Camden, New Jersey’s BB&T Arena.

This wasn’t the first time during this show that Brown threatened to kick fans out for being unruly. Earlier in the show, he called out a couple of fans who were screaming at each other and asked security to keep an eye on them so it doesn’t get out of hand.

Watch Zac Brown kick out the man during “Chicken Fried” below.