Zebra Tased After Escaping Truck – Still Got Away

By Jennifer Pernicano on May 7, 2021
Advertisement 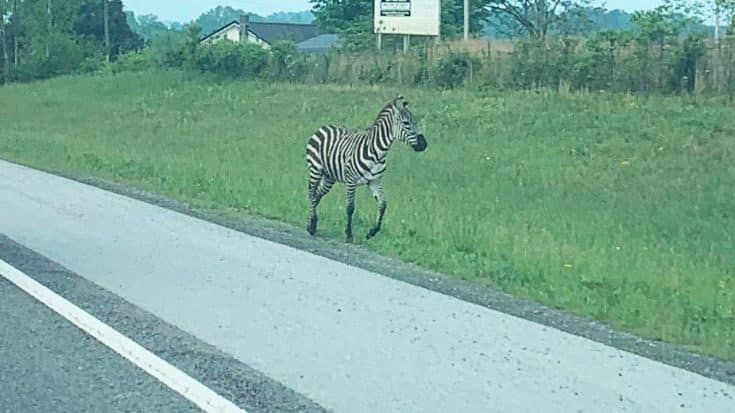 Prescott South Elementary School in Cookeville, Tennessee took to Facebook on Friday morning (May 7) to warn families about a wild animal that was on the loose.

“There is a zebra on the loose in the Prescott area,” the Facebook post read. “It escaped a truck, was tased, and is mad. Do not approach.”

Whoever wrote the post knew that people wouldn’t believe them, so they added, “Yes, really,” at the end.

One teacher quickly realized the Facebook post was not a joke when she was driving to work at Prescott South Middle School. Ashley Francis took photos of the “mad” zebra on Highway 111 and shared them to her personal Facebook page.

“So [Prescott South Middle School,] it’s real. One thing I’d never though I’d see on my way to work this morning,” she wrote alongside two photos of the zebra roaming the highway.

Turns out, the zebra was from an exotic animal showing. After about an hour, the zebra was captured and returned. What an exciting hour for the local residents, it’s not every day you see a zebra roaming the streets.

Watch the local news coverage on the zebra below.