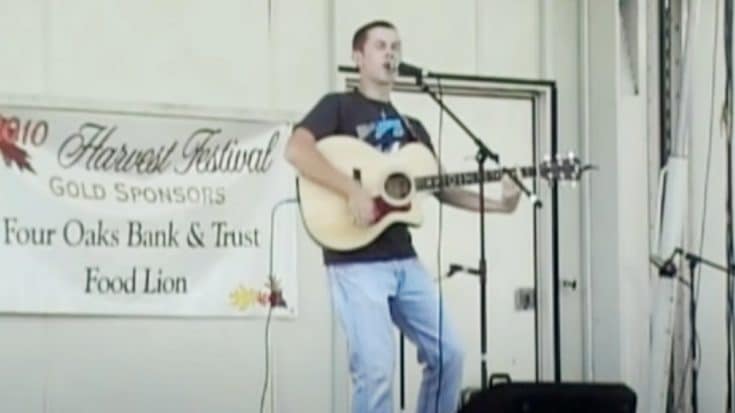 “Ol’ Red” Is Older Than You Think

Over the course of history, only few country songs have gone on to earn a timeless status. One such song is “Ol’ Red,” which has a more extensive history than many realize.

The feisty tune was originally recorded and released by George Jones in 1990 off of his album You Oughta Be Here with Me. Since he didn’t release the song as a single, it went without much recognition.

Kenny Rogers was the next one to pick up the song. He recorded his own rendition and released it in 1993 as one of the tracks off of his album If Only My Heart Had a Voice.

Like Jones, Rogers never released “Ol’ Red” as a single.

Blake Shelton was the one who finally brought “Ol’ Red” into the spotlight. He released his version as a single in 2002, and it took country music by storm. His recording became a Top 20 country hit and is still one of his signature songs today.

The popularity of Shelton’s version led more singers to cover the song than ever before.

Get A Load Of Scotty’s Rendition

One of those people was Scotty McCreery, who once delivered a killer version of the tune.

McCreery was only 16 years old when he took to the stage at the Clayton Harvest Festival in North Carolina in September 2010. This was just months before McCreery took home the winning title on American Idol in May 2011.

I will say after tonight no one deserved to win American Idol more [email protected] He is a true gentleman and class act. Job well done.

Anyone who saw McCreery’s Clayton Harvest Festival performance could tell that he was destined for a future in country music. He had complete command of the stage, and delivered the song with the confidence of a veteran performer.

Plus, we just love the way that McCreery’s deep voice sounds on “Ol’ Red.” It gives it a new, edgier vibe that no country fan will be able to resist.

Tune in below to watch young McCreery’s noteworthy cover of “Ol’ Red.” He should definitely consider recording it himself some day, don’t you think?