By Jennifer Pernicano on May 3, 2022
Advertisement 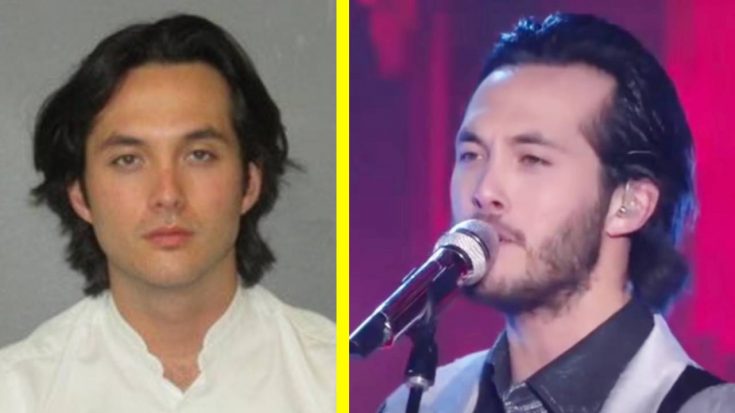 On Thursday (April 28), Hardy released a statement on his social media accounts:

“Earlier today, I received a warrant due to allegations made against me and have been fully cooperative with the Louisiana State University Police Department. I understand that my career has thrust me into the public spotlight, and I embrace that wholeheartedly as my entire world belongs to my music and my fans. However, due to the sensitive nature of this allegation, I humbly ask for privacy at this time. I have the utmost respect for the law and will assist in their investigation as needed moving forward.”

WAFB-TV reports that a “source familiar to the case” has told them that “is accused of leaving a listening device in a female’s residence to monitor her conversations.”

The New York Post reached out to Hardy’s reps, but they said they could not comment due to the “pending investigation.”

“Laine Reed Hardy (Non-LSU student) was arrested by LSU Police today and booked into East Baton Rouge Parish Prison for violation of 15:1303 — Interception and Disclosure of Wire, Electronic, or Oral Communication. His arrest warrant has been filed with clerk of court.”

The American Idol champion has been accused of planting a recording device in his ex-girlfriend’s LSU dorm room. Prison booking documents state that “the victim advised that last night, while watching a movie with her roommate, the located a device, appearing to be a phone charger under the victim’s futon.”

He and the victim dated from November 2021-February 2022 and the crime for which his was booked into jail took place in February 2022.

The booking document states that in February, “the victim … found a fake Instagram on the Defendant’s phone that he used to cover up that he was illegally recording her when he was not around,” adding that Hardy “had information about the victim and her actions during Christmas break that was not known to the defendant.”

The document states that she confronted him and Hardy “admitted that he left a ‘bug’ in her room later discarded it in his pond.” She later found a recording device on April 6 and police recovered it April 7 when they were dispatched to her dorm room.

He flew to Louisiana from Nashville late Thursday night and was booked Friday morning at EBR Parish Prison. He was released later that day.

#BREAKING Laine Hardy just booked into the EBR Parish Prison on a charge of illegal wiretapping. Here is his mugshot. @WBRZ pic.twitter.com/AYjgaKzGum

Despite his arrest on April 29, Hardy was still included in the American Idol reunion special, titled The Great Idol Reunion, on Monday (May 2). The special was pre-taped in early April.

Hardy reunited with fellow Season 17 finalist Laci Kaye Booth for a duet to “Stop Draggin’ My Heart Around” by Stevie Nicks and Tom Petty and the Heartbreakers.

Booth and Hardy’s performance received mixed reviews, with many viewers slamming Idol for including Hardy in the special just three days after his arrest.

Hey @AmericanIdol can y'all be anymore #tonedeaf to what is going on in the world?!? What on earth made you think putting #LaineHardy on the air was a good idea?!?! #BadMove @ABCNetwork #NotOk #idolreunion #idol

You ask for privacy yet your taped appearance is on American Idol tonight? WTF!
AI using that taped segment after your arrest is disrespectful to the victim; your ex girlfriend. They should have removed your taped appearance.
Shameful, disappointing & triggering to many people.

Wait, so #AmericanIdol are just going to put Laine Hardy on without even addressing his recent arrest? I’m confused by this. He was arrested, right?