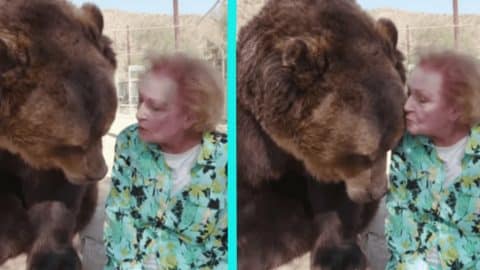 Betty White is an incredible woman with many accomplishments in her life. While White holds the Guinness Record for the longest TV career for a female, another thing folks may not know about the icon is that what she loves most in her life is animals.

In her documentary, The First Lady of Television, her friends said that more than being known for being an actress, she wanted to be known for being an animal advocate. The 57-minute film showed her adoration and the time she gives to the animal causes in her life.

Apsari reported her saying, “That’s my life. The reason I work, the reason I do anything is for my love for animals.”

Georgia Engel added, “She says that all the time, ‘I have to keep doing my acting jobs so I can support my animal causes.'”

Betty has been a major contributor to the African Wildlife Foundation, Los Angeles Zoo Commissions, the Morris Animal Foundation, and many other wildlife foundations. She even used to serve as the trustee at the Greater Los Angeles Zoo Association where she helped conserve endangered species, educated the public, and advocated for the zoo’s causes.

One of the pictures on her Instagram at the Los Angeles Zoo shows her sitting next to a massive brown bear and smiling, totally in love with the experience. Take a look at that picture below.

We love Betty White and hope to see more photos and videos of her pursuing her passion. In the meantime, below is a video of her at the zoo with the bear.

Video Below Of Betty White At The Zoo WIth Bear