By Miranda Raye on April 15, 2020
Advertisement 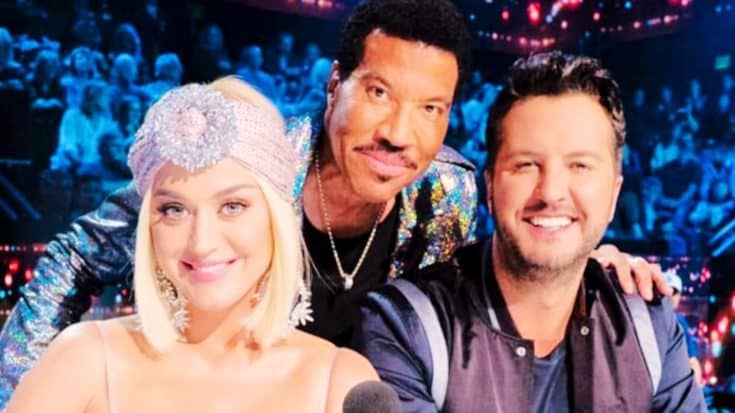 Due to the COVID-19 pandemic, live television is operating in a new way. Late night and daytime talk shows are filming from home, and the hosts chat with celebrity guests on video calls.

As the situation worsened and stay at home orders were extended, people began to wonder what would happen to competition series currently on the air. Both The Voice and American Idol are active right now, and have been airing the pre-taped portions of their seasons.

Idol was supposed to move to live shows for this Sunday’s (April 12) episode, but was obviously unable to do so. Instead, the show aired the first part of a two-part special titled American Idol – This Is Me.

The special featured pre-taped and previously unseen clips Idol has gathered throughout its season. A second This Is Me episode is scheduled to air on April 19.

It’s all you, West Coast! Tune in on ABC for a closer look at our Top 21! ?✨#AmericanIdol

For the longest time, the fate of Idol‘s future seemed up in the air. If it couldn’t do live shows, it would be unable to continue its current season.

Idol had to think of a way to produce the live shows, but in a way that follows social distancing guidelines. At last, they came up with a plan.

“We’ll all be coming to you from our homes, contestants included,” Bryan wrote. “@mrbobbybones and I from Nashville, @katyperry, @lionelrichie and @ryanseacrest from California. Then you guys will VOTE and choose a winner.”

Let’s do this @americanidol. We’ll all be coming to you from our homes, contestants included. @mrbobbybones and I from Nashville, @katyperry, @lionelrichie and @ryanseacrest from California. Then you guys will VOTE and choose a winner.

We’ll be interested to see how Idol is able to pull off its live shows with its contestants and judges being spread out all across the country. Hopefully everything runs smoothly!

While you wait for the first Idol live show to air on April 26, enjoy one of the standout performances from the first part of its This Is Me special. We’ve included the video of the performance below.

Idol is going to look a little different from this point forward, that’s for sure!