AGT Winner Darci Lynne Farmer Is All Grown Up: See Some Of Her Newest Photos

By Miranda Raye on August 11, 2021
Advertisement 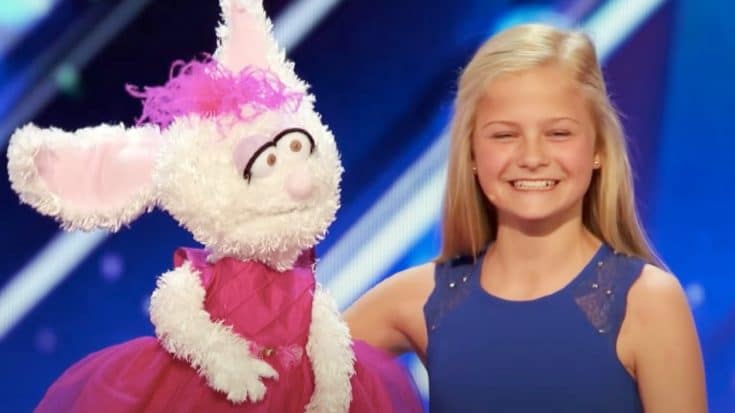 Darci Lynne Farmer‘s entire life changed in a huge way when she was only 12 years old.

At that young age, Darci auditioned for the 12th season of America’s Got Talent. Her talent? Singing while performing ventriloquy at the same time.

The judges were amazed by Darci’s performance. They couldn’t believe how she was able to sing in character as her puppet, Petunia, without ever opening her mouth.

Darci continued to stun the AGT judges and viewers with each subsequent performance. That’s why it came as no surprise when she was named as the winner of the season. She was still only 12 years old at the time (her 13th birthday was a few weeks later).

The young singer and ventriloquist went on to place second on the first season of AGT: The Champions in 2019.

Darci has maintained a busy schedule ever since. She had her own Christmas special, has toured all over the country, and has returned to perform on AGT as a guest.

For those who remember Darci as the 12-year-old girl who won AGT, it’s hard to believe how fast she’s grown up!

Darci is active on social media, so those who follow her have gotten the chance to watch her grow up through the years. But in case you haven’t checked in on Darci in a while, here are a few of her newest photos so you can see just how grown up she is!

I’ll be performing on the @agt Finale TONIGHT! Watch at 9/8c on @nbc ! #AGT #DarciLynne pic.twitter.com/3WETltX0ca

Wow! What an unforgettable night Wednesday! I have always loved getting the opportunity to come back to @AGT to relive all the sweet memories.
To the Mayyas, A HUGE CONGRATULATIONS!!!! You guys are incredible and SO deserving. All my luck to you guys for an amazing future.❤️‍🔥 pic.twitter.com/wR4ClyTc9w

Moments from yesterday’s celebrations 🙂
You are looking at your 2022 Grand Marshal! Thanks for having me Liberty Fest!!!
Happy birthday America!!!
🇺🇸 🎇🫶🏻 pic.twitter.com/ASuTBuMqi6

Witness how Darci’s talent has grown over the years by watching her perform as a guest on the 2022 season of AGT. She’s incredible!