By Jennifer Pernicano on August 24, 2020
Advertisement 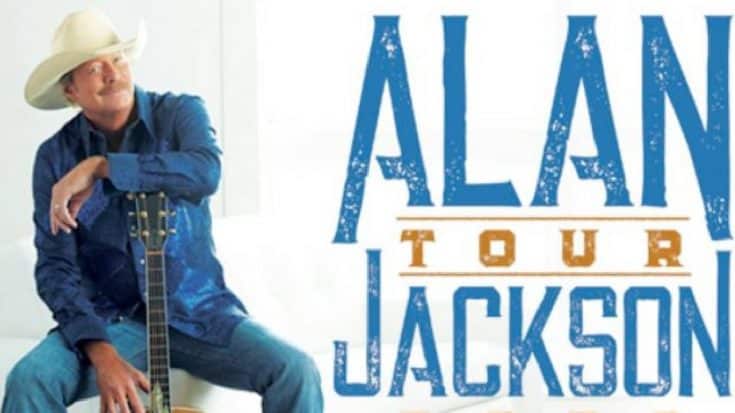 For the first time in many years, country music legend Alan Jackson was supposed to set out on a huge tour in 2020.

He had plans to perform at California’s popular music festival Stagecoach, which was originally scheduled in April 2020, as well as a tour stop at Nashville’s Bridgestone Arena, his first show in Music City in three years.

Unfortunately, he had to suspend his tour after just a few dates. The country legend rescheduled several of them, but held out hope things would change and he’d be able to still perform this year. And thanks to a drive-in concert on June 13 and 14, he was able to perform for his fans again.

Over 2,000 cars lined up at the Alabama event spaces for a fun night of country music from a legend.

Be sure to tune in tomorrow for CBS Sunday Morning

Besides those two shows, Jackson hasn’t performed since March – and hadn’t really pushed back any other shows. But he has finally and officially postponed all 2020 dates except for one, which is on October 26th in Glendale, Arizona. Fans shouldn’t be surprised if that date also gets postponed, though.

Take a look at the rest of his tour dates below.