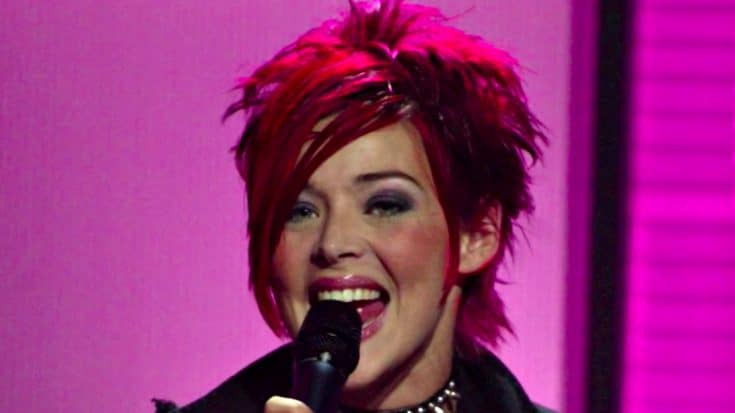 Nikki McKibbin, the talented rocker who competed during American Idol’s first season, has died at the age of 42. McKibbin, who ultimately placed 3rd behind Kelly Clarkson and Justin Guarini, passed away Sunday (November 1) after suffering brain aneurysm earlier in the week.

The news was first shared on Instagram by Guarini who wrote, “[Nikki] was a fiery, funny lady who could sing the Hell out of a rock song with the same kind of ease and command she lovingly used to cut you with her twangy Southern wit….Rest well, ‘Gypsy’…and thank you for the laughter, merciless teasing, strength, vulnerability, love and friendship you showed me during our time together in the spotlight.”

@realnikkimckibbin was a fiery, funny lady who could sing the Hell out of a rock song with the same kind of ease and command she lovingly used to cut you with her twangy Southern wit. ⁣ ⁣ Even in our 20’s when we were on American Idol together I could tell that she’d had a challenging life, and that not that many people had been kind to her along the way…⁣ ⁣ …but I’ll never forget the day that her idol, Stevie Nicks, sent her flowers with a card that said “You are the Gypsy that I was…”. Nikki was on cloud nine and the joy and excitement that radiated from her was infectious. After the kind of emotional beating she took at the hands of the masses, she deserved to feel good about herself, even for a little while. ⁣ ⁣ Rest well, “Gypsy”…and thank you for the laughter, merciless teasing, strength, vulnerability, love and friendship you showed me during our time together in the spotlight. #rip #americanidol

McKibbin’s husband, Craig Sadler, wrote details of her final moments with an emotional Facebook post describing how in the end she was still giving and shared how fans could honor her.

“The love of my life Nikki Sadler suffered an aneurysm on Wednesday. She would already be gone, but she’s an organ donor and has been kept on life support to make that possible. That shouldn’t be a surprise to us. Even at the end she is still giving,” Craig wrote. “…I would like to offer you the opportunity to honor her. She will be taken to the OR at 3:00 am Central time to give her final gift that will save the lives of strangers. You probably know she practically worshiped Stevie Nicks. Before they begin, they will play ‘Landslide’ for her one last time. If you are able, you can pause at 3:00 wherever you are and listen to it with her. She will know that you’re sharing her farewell.”

McKibbin was born  in Grain Prairie, Texas, and participated in the first season of American Idol, setting her on a track to super stardom. While McKibbin didn’t win American Idol, she did sign a contract with 19 Management and RCA Records. But, after being pushed to record a country album instead of her preferred rock genre, the singer’s record deal fell through. In 2007, McKibbin independently released her only full-length album, Unleashed.

Our thoughts and prayers are with Nikki McKibbin Sadler’s family and friends during this time.